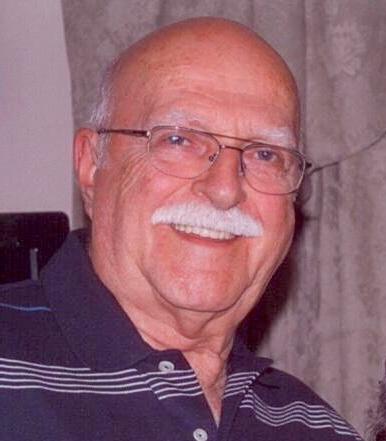 We regret to inform you of the death of Retired Chaplain Dr. Paul R. Hart, Sr. and father of former PCO David A. Hart  on May 26, 2012.  Having just learned of Chaplain Hart’s death, we would like to mark the three year anniversary of this death with our condolences to the Hart family and an expression of our sincere appreciation for his contributions to our membership and the MSP.  Chaplain Hart served as a Maryland State Police Chaplain at the Rockville and Golden Ring Barracks for many years.   The following obituary information has been reprinted from the McComas Funeral Home website.

Dr. Paul R. Hart Sr., age 76, of Forest Hill, MD passed away on May 26, 2012 at St. Anthony Summit Medical Center in Frisco, CO. Born in Branchdale, PA, he was the son of the late Leo James and Rose Veronica Connely Hart. After serving in the U.S. Army, he entered the Baltimore City Police Academy and worked as a police officer before becoming a pastor. He graduated from Bob Jones University in Greenville, South Carolina with a degree in Theology and also received his Doctrine in Florida. He pastored at several churches including First Baptist Church of Essex and Travilah Baptist Church in Southern Maryland. For many years he was the chaplain for the State Police, Baltimore Police and National Guard. His life was working at Union Memorial Hospital but he also enjoyed traveling and telling people about Jesus. He loved photography and was an avid Ravens and NASCAR fan.
Mr. Hart is survived by his wife of 21 years, Shirley M. Shaffer-Hart of Forest Hill, MD; sons, Paul R. Hart Jr. of Nashville, TN, David Hart of Jacksonville, FL and Frank W. Shaffer of St. Louis, MO; daughter, Pam Shaller of Albuquerque, NM; brother, James Hart of Apopka, FL; sisters, Theresa Bowers of Orwigsburg, PA, Rosemary Dougherty of Reading, PA, Margaret M. Hudock of Pitts, PA and Charlene Breininger of Branchdale, PA; nine grandchildren and two great-grandchildren.
Those who desire may make a donation to Calvary Baptist Church, 206 Courtland Place, Bel Air, MD 21014.