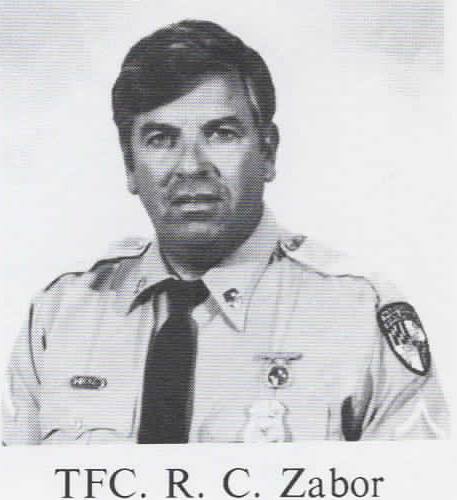 We regret to inform you of the death of Retired Cpl. Richard C. “Dick” Zabor on Sunday, November 5, 2017.  Our thoughts and prayers are with the Dick’s family and friends at this difficult time.  The following obituary information has been reprinted from the Burbage Funeral Home website.

Ocean Pines-Richard Charles Zabor, “Dick” age 75, passed away on Sunday, November 5, 2017 at Coastal Hospice at the Lake in Salisbury. Born in Philadelphia, PA he was the son of the late Harry and Catherine MacNamee Zabor. He is survived by his beloved wife, Connie Webb Zabor, and daughter Melissa Elutrio and her husband Glenn of Middle River, MD.
Dick had served in the United States Coast Guard, and later worked as a Fort Lauderdale Police Officer. He and his family returned to Ocean City where he joined the Maryland State Police until retiring after 20 years of service, receiving many commendations. He was a member of the Blue Knights, Red Knights, and the Ocean City Volunteer Fire Department. He was best remembered for his love of the job, motorcycles, and traveling. He and Connie spent many wonderful years visiting new places.
A celebration of life will be held at a later time. A donation in his memory may be made to the Maryland State Troopers Foundation, 1300 Reisterstown Rd. Pikesville, MD, 21208. Letters of condolence may be sent via: www.burbagefuneralhome.com Arrangements are in the care of the Burbage Funeral Home in Berlin.
Guestbook and Condolences