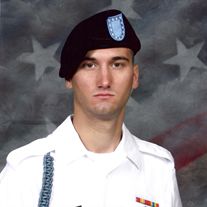 We regret to inform you of the death of Darren Rhodes (23), son of Retired Sergeant Kenneth Rhodes, on Friday, September 4, 2015 at 5:00 PM.  His death was the result of being involved in a multi vehicle collision in Colorado Springs, Colorado while riding his motorcycle.  Our thoughts and prayers are with the Rhodes family at this very difficult time.  There are no funeral arrangements at this time but they will be published as soon as they are available.

The following obituary has been reprinted from the Star Democrat.  Funeral arrangements have been made at the Fellows, Helfenfein & Newnam Funeral Home in Centreville.

Posted: Thursday, September 10, 2015 11:36 am | Updated: 6:28 pm, Thu Sep 10, 2015.
CHESTERTOWN — Darren Matthew Rhodes passed away on September 4, 2015 in Colorado Springs as the result of a motor vehicle accident. He was 23 years young.
Born in Chestertown, MD, Darren is the son of Kenneth Rhodes of Church Hill and Brenda Crossley Rhodes of Easton. At the time of his death, Darren was a Private First Class in the U.S. Army, assigned to Fort Carson Colorado and was also an active member of the Church Hill Vol. Fire Co.
Darren enjoyed hunting, fishing, spending time with his family and friends and serving his community. He was an outstanding soldier, firefighter, son and brother. His contagious laughter and witty comments will be greatly missed.
Darren is survived by his father, Kenneth Rhodes; mother, Brenda Crossley Rhodes; step-mother, Kimberly Rhodes; sister, Courtney Rhodes; brother, Colin Rhodes; step-brother, Brett Stiles; step-sister, Lauren Stiles; maternal grandparents, George and Carolyn Spray; and many uncles, aunts and cousins. He is pre-deceased by his paternal grandparents, Charles M. and Mary T. Rhodes and his maternal grandfather, Charles Crossley.
A viewing will be held on Monday, September 14, from 2-4 p.m. and 6-8 p.m. at Fellows, Helfenbein & Newnam Funeral Home in Centreville, MD. Funeral Services will be held on Tuesday, September 15, 12 p.m. at the Church Hill Volunteer Fire Company with interment immediately following at the Church Hill Cemetery.
In lieu of flowers, please make contributions to the Church Hill Volunteer Fire Company, P.O. Box 66, Church Hill, MD 21623 in the name of Darren Rhodes.  For online condolences, please visit www.fhnfuneralhome.com.