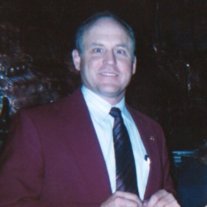 We regret to inform you of the death of Retired Sergeant Philip P. Nolan on October 25, 2013.  A memorial service will be held on Saturday, November 2, 2013 at 11:00 AM at the St. John’s Catholic Church, W. Main St, Rock Hall, MD 21661.  Internment will be private.  Messages can be left for the family on the Fellows, Helfenbein, and Newnam website.

MSP News Release:
(Rock Hall, MD) – Maryland State Police continue the investigation into a crash that claimed the life of a retired state trooper early this morning.
The victim is identified as Philip Nolan, Jr., 57, of the 22,000 block of Rock Hall Road in Rock Hall, Maryland. Nolan retired in 2005 from the Maryland State Police as a Sergeant, after serving almost 22 years with the Department. He was pronounced dead at the scene by emergency service personnel.
The suspects involved in the crash are not being identified at this time. Charges are pending the investigation by the Maryland State Police CRASH Team and subsequent review by the Kent County State’s Attorney.
Shortly after 6:00 a.m. this morning, sheriff deputies from the Kent County Sheriff’s Office requested the assistance of the Maryland State Police CRASH Team at Nolan’s residence in Rock Hall. State troopers from the Centreville Barrack, the CRASH Team and the Maryland State Police Homicide Unit responded to the scene.
The preliminary investigation indicates the two suspects were traveling westbound on Route 20 in a Mazda RX-8. The driver, for reasons unknown at this time, lost control of the vehicle, and failed to negotiate a curve. The car then left the roadway and entered the building where Nolan was living.
Investigators believe Nolan was struck when the vehicle entered the garage portion of his place of business. Nolan was living in a room at his business at the time of the crash.
At this time, investigators believe alcohol was a contributing factor to the crash. Police are also investigating a possible false report of a stolen vehicle reported by the suspects in this incident. The report of the stolen vehicle was taken shortly after 4:00 a.m. this morning by the Kent County Sheriff’s Office prior to the crash.
The investigation continues…