Troopers Thanked For Their Actions in 1968 Bombing Case 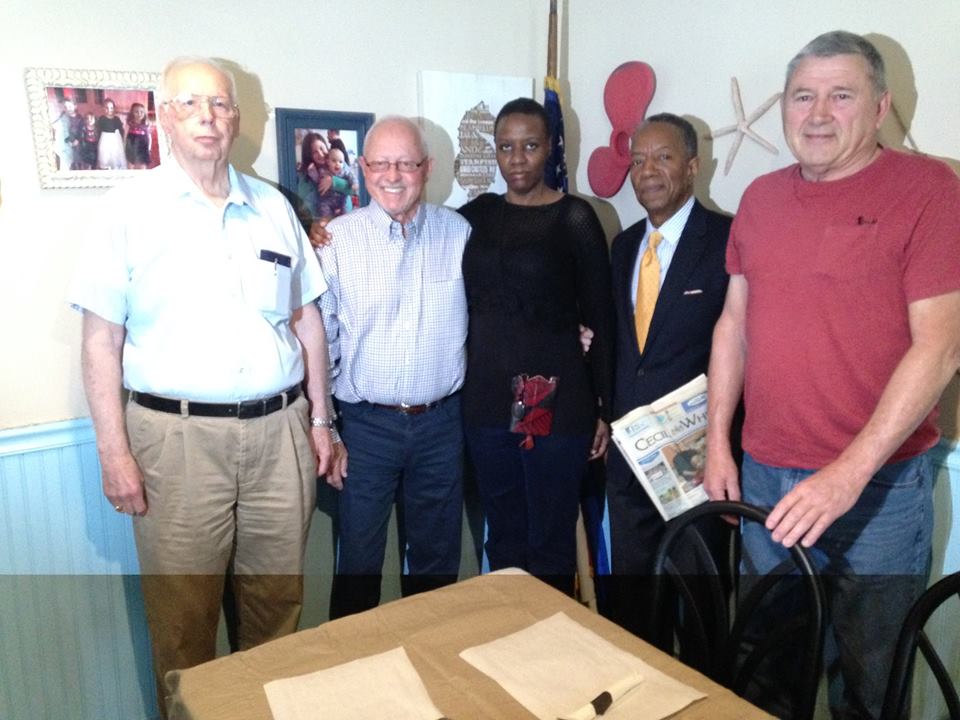 Member of Family Saved From Bombing In 1968 Tracks Down State Troopers Involved To Say Thank You
When Michael Scott returned to his Red Toad Road home in Cecil County on a summer evening in 1968, he found an FBI agent there who told him and the rest of his family to gather some belongings because they were being taken to the Maryland State Police North East Barrack. The reason? He remembers the agent saying, “They plan on blowing you off this hill tonight.”
An investigation by the FBI and Maryland State Police had determined the Scott house was scheduled to be bombed that night by the Ku Klux Klan. He remembers gathering a metal box in which he kept his bank book and his New Testament.
When the 15-year-old Scott arrived at the State Police North East Barrack with other family members, including his two-year-old niece, Margo Scott Lowe, he remembers seeing troopers with K-9 dogs and helmets. He knew something serious was underway.
Scott said his father, McKinley Scott, who worked for Amtrak and was an area civil rights leader, returned home late that night and found a note on the table telling him his family was at the North East Barrack. He was startled when a trooper, hidden at the house, whispered to him to leave quickly and get to the barrack.
With the Scott family safely at the barrack, state troopers and FBI agents kept up their surveillance around the house. They witnessed a car, driven by a member of the local Ku Klux Klan, drive up the road to the house. The suspect got out of the car at the house, but apparently saw a member of the surveillance team and backed out of the driveway, heading toward North East.
The suspect did not get far before Maryland state troopers waiting nearby blocked the road and took him into custody. Inside his car, troopers found 12 sticks of dynamite, a handgun and a knife.
Michael Scott had never forgotten that night and he wondered if he could ever find those troopers to thank them. He returned to the area in 2012 from the West Coast. While recently assisting a customer at Jos. A. Bank in Bel Air, he learned the man, Nick Paros, had retired from the Maryland State Police, so he asked for help. Within two hours, Nick Paros, now an executive with the G4S security company, had identified some of those troopers involved and was planning a reunion.
The reunion occurred at a breakfast on May 18, 2016, in North East. Mr. Scott was able to meet retired troopers Joseph “JB” Saunders, Mike Heise, and Bill Jacobs, each of whom participated in the investigation and operation that night to arrest the bomber and safeguard the Scott family. He expressed his thanks to the Maryland State Police and the FBI for saving his family that night.
Mr. Scott’s neice, Margo Scott Lowe, who was only two years old when she was evacuated from the home in 1968, also attended the event today. She joined her uncle in thanking those who had a part in keeping her and her family safe that night.
Maryland State Police Superintendent Colonel William Pallozzi attended the event and thanked Mr. Scott for expressing his appreciation. Colonel Pallozzi thanked the troopers involved for their courage and dedication to duty. “This is an important story from our history and we are a part of our past,” Colonel Pallozzi said. “I am honored to be in the company of these Maryland State Police legends. These troopers did what they did for all the right reasons. They treated the Scott family the way they would have wanted their families treated. They upheld a standard and tradition we need to ensure we are continuing to uphold today.”
Unfortunately, one of the troopers involved in the arrest in 1968, Bob Estes, passed away last month. He was represented at the event today by his family, including his son, Mike. Mike said he would often ride with his father throughout the county and his father would point out different locations and tell him stories about incidents and calls for service he was involved in. Mike said whenever they passed the Scott house on Red Toad Road, his father would talk about what happened there in 1968. Mike Estes said of his father, “He was always proud of what they did for McKinley Scott and his family that night.” 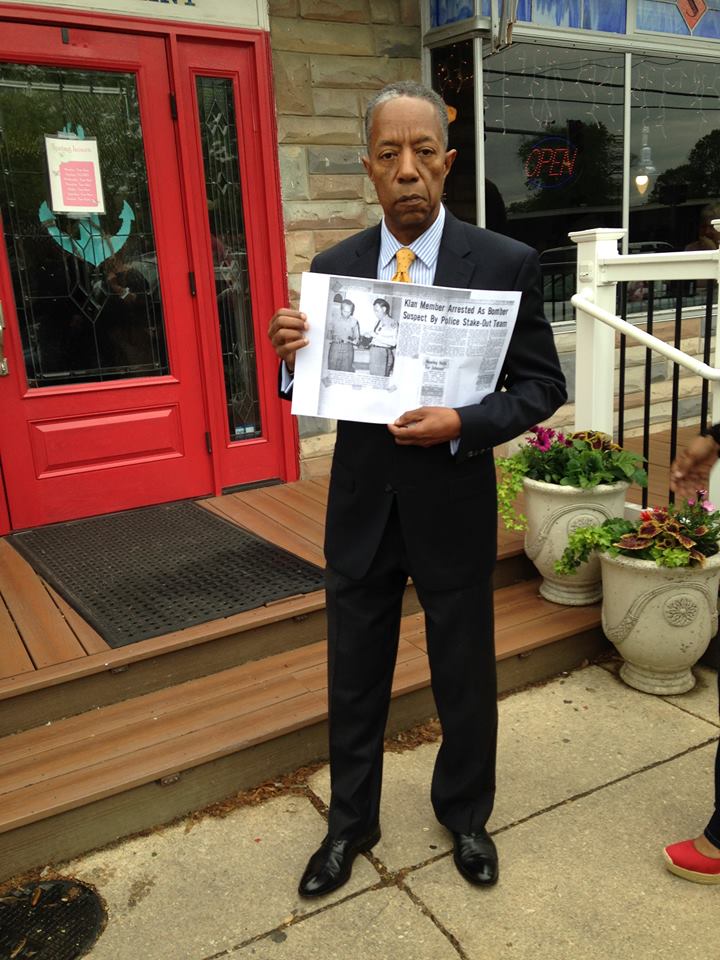