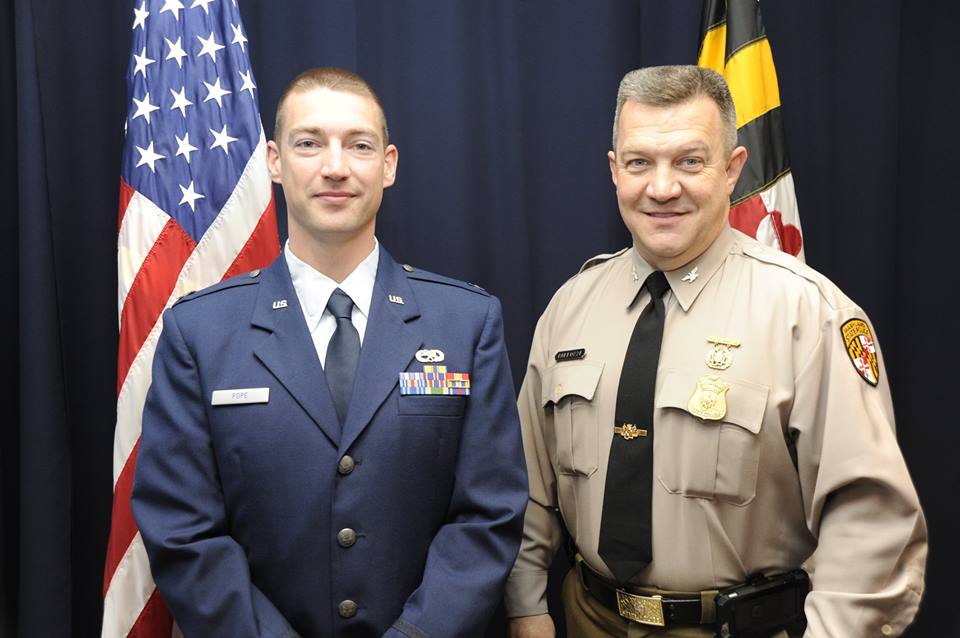 State Police Superintendent Colonel Bill Pallozzi today welcomed back U.S. Air Force Reserve Captain Dustin Pope to the ranks of the Maryland State Police, after completing a deployment to the Middle East. Captain Pope is with the 911 Airlift Wing from Pittsburgh, PA, and is a C130 aircraft maintenance officer.
When not serving our nation, Captain Pope serves our state as a trooper with the Maryland State Police, assigned to the Centreville Barrack. He follows in the footsteps of his father, retired Maryland State Police Major and former Talbot County Sheriff Dallas Pope, who also retired after a career in the military reserves.
Congratulations, Captain Pope, and welcome home. Thank you for your service to our nation and for continuing a great family legacy.