TFC Brown was shot and killed outside a Forestville restaurant where he was working a part-time security detail on June 11, 2010. He was only 24, but had already lived a life that exemplified compassion and concern for others, especially youth, for whom he had initiated a mentoring program. 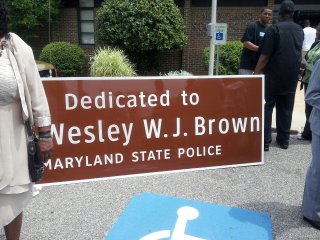