Suspect Sought for Shooting at Troopers

Maryland State Police Press Release
03/13/2014 07:58
SUSPECT WHO SHOT AT PURSUING TROOPERS SOUGHT IN TALBOT CO.
(EASTON, MD) – State and local police are searching this morning for a suspect who fled a traffic stop in Talbot County late last night and shot at troopers who were pursuing him on foot.
The suspect is identified as Brooks S. Perry, 28, whose last known address was Milford, Delaware. A temporary felony warrant has been issued for Perry. He is also wanted in Delaware on traffic charges, where his driver’s license is currently suspended and revoked. 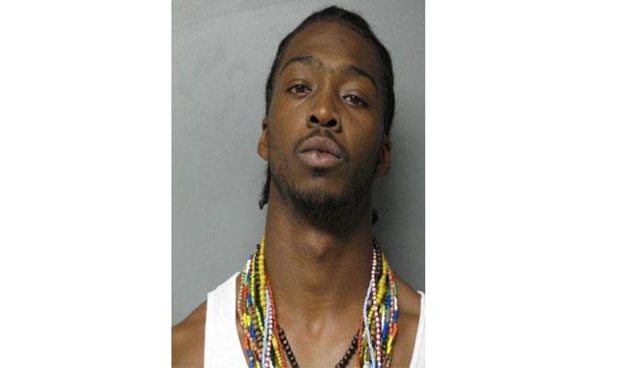 At about 11:30 p.m. yesterday, a patrol trooper from the Maryland State Police Easton Barrack saw a dark colored Hyundai speeding on Rt. 404 approaching Rt. 50. The driver turned eastbound onto Rt. 50 and pulled to the shoulder. The trooper contacted the driver, later identified as Perry, who gave him a false name and said he had no identification. During contact with the driver, the trooper noted signs indicating he was possibly driving under the influence. The trooper had the driver remain in his car and called for backup, due to his suspicious actions, which included asking the trooper if he was going to call for backup.
Before backup arrived, the driver accelerated and fled from the traffic stop. A pursuit of about seven miles occurred east on Rt. 50 during which troopers deployed stop sticks twice. The driver pulled to the side of the road on eastbound Rt. 50 east of Hiners Lane and fled on foot across westbound Rt. 50 and onto the grounds of a golf course.
Four state troopers pursued the suspect on foot. During the foot pursuit, the suspect climbed a chain link fence. When he reached the top of the fence, he pulled a gun and fired toward the troopers. In fear for his life and the lives of his fellow troopers, Corporal Joshua Resh, a road patrol supervisor assigned to the Easton Barrack, fired his State Police issued pistol at the suspect. The suspect climbed down the other side of the fence and fled the area on foot.
No state troopers were hit by the suspect’s gunfire. State Police have found no evidence that the suspect was struck by gunfire.
State Police and allied law enforcement officers established a perimeter and began a search of the area. K-9 units and a State Police helicopter responded to the area to assist. The search is continuing this morning.
A reverse 911 call was placed to residents in the area to inform them of the incident. Rt. 50 was closed for several hours due to the search and crime scene processing.
Corporal Resh will be placed on administrative leave, which is procedure in police involved shootings. The investigation is being conducted by the Maryland State Police Homicide Unit, which is also procedure in police involved shootings, as is an administrative investigation by the Internal Affairs Unit.
Police departments assisting include the Dorchester County Sheriff’s Office, Talbot County Sheriff’s Office, Centreville Police Department, Ridgely Police Department, Cambridge Police Department, Easton Police Department, and State Police from the Easton Barrack, Criminal Enforcement Division Centreville, Crash Team., Special Operations Division, and the Aviation Command.
Anyone with information about Perry is urged to contact 911, or call the Maryland State Police at the Easton Barrack at 410-819-4747.
The investigation is continuing.