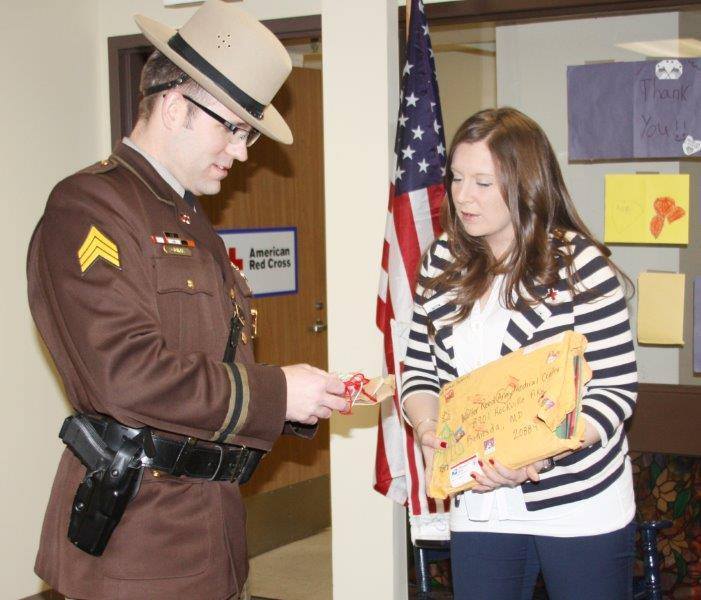 It’s never too late for warm sentiments, especially during the coldest months of the year…
A Pennsylvania teacher and her students with autism were saddened after learning their fifty hand crafted, holiday cards were never delivered to their intended recipients.
After hearing through social media that these cards were to be received by the wounded soldiers at Walter Reed National Military Medical Center this past holiday season, Sgt. Robert Quirk decided to get involved.
After several phone calls and a lot of planning, Sgt. Quirk was finally able to retrieve the letters, which were postmarked ‘return to sender’ earlier this month. Today, he met with the Red Cross Office at Walter Reed National Military Medical Center and hand delivered the creations meant for service members, military veterans and their families receiving care at Walter Reed National Military Medical Center.
Every year, Red Cross volunteers read through every card to ensure appropriate messaging and then they deliver the cards throughout the hospital. Somehow this package of love and support didn’t get through the process in time. Wouldn’t you agree a little holiday greeting goes a long way, even if past due?