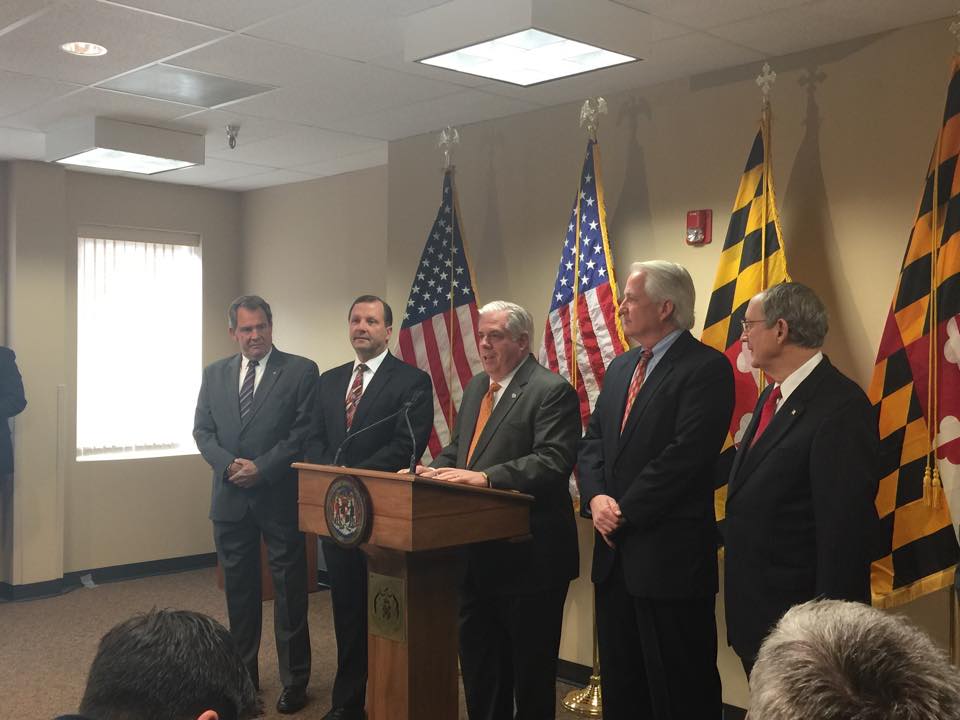 Governor-elect Larry Hogan announced four senior administration officials at a news conference Tuesday.
The appointments are as follows:
Maryland Insurance Commissioner: Al Redmer, Jr. He is managing member of Redmer Insurance Group and owner of Redmer Financial Group. A 13-year member of the Maryland General Assembly, Redmer is the former House Minority Whip. He served as Maryland Insurance Commissioner from 2003 to 2005.
Secretary of the Department of Public Safety and Correctional Services: Stephen Moyer. Moyer retired from Maryland State Police after a distinguished 24-year career as a Lieutenant Colonel and Deputy Secretary. Moyer also served as deputy secretary for the Maryland Department of Juvenile Services and as security director for the University of Maryland Medical Center.
Secretary of the Department of Veterans Affairs: George W. Owings III. Former Majority Whip of the Maryland House of Delegates, Owings served as a delegate for nearly two decades, representing Calvert County. Owings is a Vietnam veteran and served as secretary of Veterans Affairs from 2004 to 2007.
Secretary of State: John C Wobensmith. He has worked for five U.S. presidents and served as the senior Defense Department representative in Turkey. He has over four decades of experience in the national security field and was vice president for international marketing for Sensys Technologies in London. He has served on numerous boards and commissions in the state, including the Anne Arundel County School Board.
“All four individuals bring a wealth of experience to their respective roles,” Hogan said. “I am pleased to have them as a part of the team.”