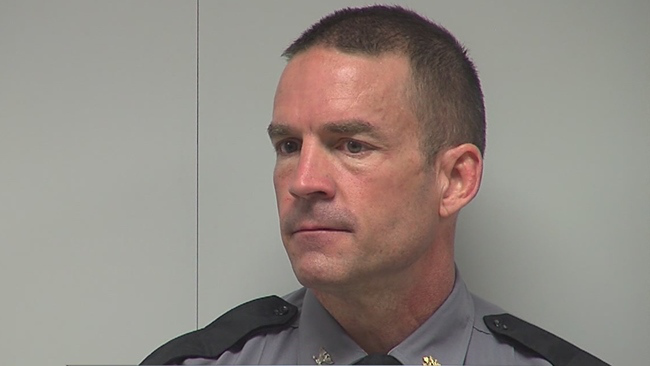 HARRISBURG, Pa. (WHTM) – Governor Tom Wolf has accepted Marcus Brown’s withdrawal of nomination to become commissioner of the Pennsylvania State Police.
Wolf announced Brown’s withdrawal Monday. He also announced he will select a new commissioner as soon as possible.
Governor Wolf released the following statement:
“For 25 years, Marcus Brown has built a strong and distinguished record in law enforcement. He has unmatched qualifications from his time serving as a beat cop in San Jose to his tenure as superintendent of the Maryland State Police. In between, he commanded the SWAT unit in Baltimore, served as a deputy commissioner for internal affairs in the city of Baltimore, led the Maryland Transportation Authority police force, and earned his law degree.
Marcus Brown is the type of leader that Pennsylvania would be lucky to have. Despite Marcus’ vast and unquestioned qualifications, the Senate wrongfully rejected his nomination in a move that put politics above the best interests of the people of Pennsylvania, and it is now appropriate to select a new nominee to lead the Pennsylvania State Police.
Marcus Brown will remain acting commissioner while I search for a new nominee. The Pennsylvania State Police are the commonwealth’s top law enforcement agency, and the most distinguished agency in the country steeped with tradition. Their next leader will build on these traditions while looking for opportunities to ensure that the force reflects the diversity of Pennsylvania.”
On June 8, Brown’s nomination went to the floor for a confirmation vote and mostly on party lines it was a thumbs down.
Brown said in a statement,
“Earlier today, I submitted to Governor Wolf my withdrawal from consideration to be commissioner of the Pennsylvania State Police. It has been an honor leading the State Police, and the men and women of this organization are of the highest caliber. I thank Governor Wolf for this opportunity. I will remain as acting commissioner until Governor Wolf selects a new nominee.”
Brown will continue to serve as acting commissioner until a selection is made.