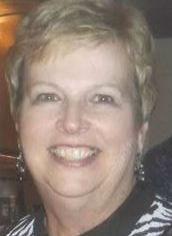 We regret to inform you of the death of Shirley J. Reynolds, wife of Retired Lt. Stephen C. Reynolds on June 29, 2015.  Our thoughts and prayers are with the Reynolds family and their friends at this difficult time.  The following obituary information has been reprinted from the Carroll County Times.
Shirley Jane Reynolds, 63, of Eldersburg, died Monday, June 29, 2015 at her home. Born August 27, 1951 in Baltimore, she was the daughter of the late Richard Vernon Biggs, Sr. and Jane Knuckey Biggs. She was the wife of Stephen C. Reynolds. They had been married for 42 years. She had worked as a court reporter in Howard County for 19 years. She enjoyed watching the wildlife out of her living room window and spending time with family and friends. In addition to her husband, she is survived by daughter and son-in-law Jane Reynolds Collins and Norman, son Donald S. Reynolds, brothers and sisters-in-law Richard V. Biggs, Jr. and Joy, G. Gene Biggs and Lynda and David C. Biggs. She is also survived by grandchildren Ryan and Casey Collins and Grady, Gage and Gunnar Reynolds. The family will receive friends Wednesday, July 1, from 2-4 & 6-8 PM at the Jeffrey N. Zumbrun Funeral Home, 6028 Sykesville Road, Eldersburg, MD. A funeral service will be held Thursday 10:00 AM at the funeral home. Internment will follow in Crest Lawn Memorial Gardens. In lieu of flowers, sympathies may be expressed, in her memory, in the form of contributions to Copper Ridge, Gilchrist Hospice Care, 11311 McCormick Road, Suite 350, Hunt Valley, MD 21031