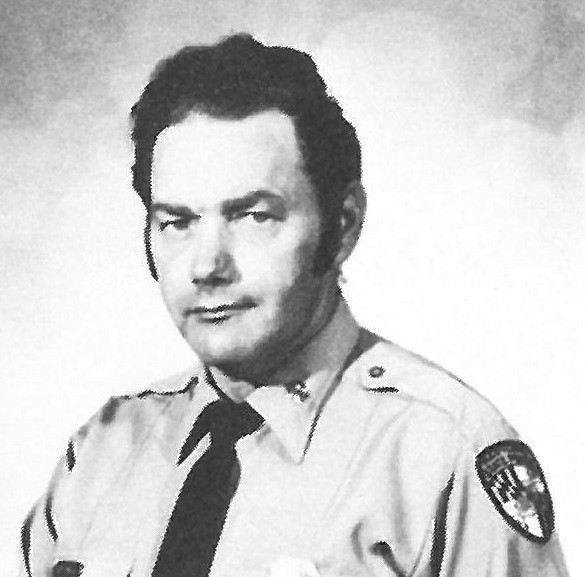 We regret to inform you of the death of Retired TFC Ronald C. Georg on Tuesday, April 26, 2016.  Our thoughts are with his family and friends at this time.  I apologize for the late notice but we just learned of his passing.  Funeral arrangements were made at Newman Funeral Homes and condolences can be left for the family on their website.
Ronald Clarence Georg Sunday, February 21, 1937 – Tuesday, April 26, 2016
Ronald Clarence Georg, 79, of Meyersdale, PA, died Tuesday, April 26, 2016, at WMHS Regional Medical Center, Cumberland, MD.
Born February 21, 1937, in Accident, MD, he was the son of the late Emory Henry Georg and Ariel Margaret Geraldine (House) Georg Friend. He was also preceded in death by one step-daughter, Doreen Fogle; one brother, Wesley Georg and one sister, Leona Helmsley.
Mr. Georg was a Trooper for the Maryland State Police, stationed at McHenry Barrack and Cumberland Barrack. He was an active member of the Main Street Brethren Church, Meyersdale and was the owner of Beginner’s Store, Meyersdale.
He is survived by his wife, Sharon (Baker) Georg; one son, David Georg and wife, Laurie, Accident; one daughter, Terri Rodeheaver and husband, Jack, Friendsville, MD; two step-daughters, April Rounds and husband, Rick, Cumberland; Diane Raygor, OH; two brothers, Darius Georg and wife, Bonnie, Brunswick, MD; Vernon Georg and wife, Brenda, Accident; two sisters, Florence Schell, Ocala, FL; Garna Enlow, Accident; four grandchildren, Andrew and Ashley Rodeheaver, Cecalie and Brandon Georg; four great-grandchildren and a number of nieces and nephews.
Friends will be received at the Main Street Brethren Church on Saturday, April 30, 2016 from 11 a.m. to 1 p.m. Services will follow in the church at 1:00 p.m. with Pastor Marc Valentine officiating. Interment will be in the St. Paul Lutheran Cemetery, Accident.
Newman Funeral Homes, P.A., 179 Miller St., Grantsville, MD, is in charge of arrangements.
Expressions of sympathy may be directed to the Main Street Brethren Church.