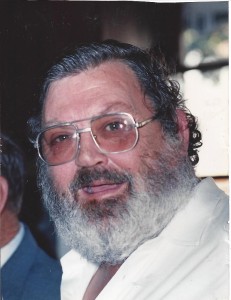 We regret to inform you of the death of Retired TFC Milton James Hall on March 7, 2013 at his home in Princess Anne, Maryland.  Out thoughts and prayers are will the Milton’s friends and family at this difficult time.  The following obituary has been reprinted from the Hinman Funeral Home website.  Messages can be left for the family at http://www.hinmanfuneralhome.com/

Milton James Hall, 70 died on thursday, March 7th at home.  Born in Salisbury he was a son of the late J. Milton Hall and Lorraine Kirwan Hall.  Mr. Hall retired as a trooper from the Maryland State Police in 1983.  He was a former Deputy for the Somerset County Sheriffs Department.   He was a member of the Salisbury Moose Lodge, Tony Tank Tribe of the Redmens in Fruitland and the Maryland Troopers Association. Mr. Hall is survived by his wife Carolyn Webster Hall, Three children, William Hall and his wife Teri of Georgetown, DE, Mickey Hall and his wife Kim of Mt. Vernon and Larry Hall of Princess Anne, four grandchildren, Amanda, William Jr, Amber and Nicole, a greatgrandaughter Daisy Dolin, a sister, Elizabeth”Libby” Hall of Princess Anne, a brother, Michael N. Hall and his fiance, Drenda Turner of Princess Anne and a nephew James Webster and his wife Jamine of Salisbury. A Funeral service will be held on Monday, March 11th at 2:00 PM in the Hinman Funeral Home in Princess Anne where friends may call one hour prior to service time. The Rev. Tim Shawer will officiate. Interment will be held in Beechwood Cemetery in Princess Anne.