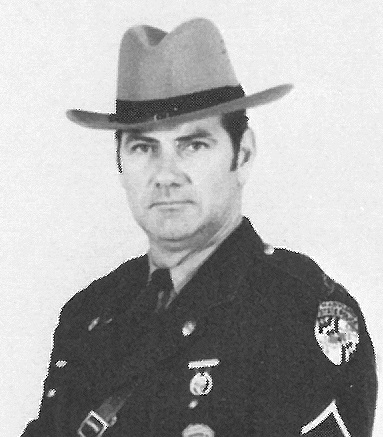 We regret to inform you of the death of Retired TFC Leonard F. Glenn, Sr. , Father of Retired TFC Leonard F. Glenn, Jr. on January 16, 2015.  Our thoughts and prayers are with the Glenn family at this difficult time.  Viewing and services were private but condolences can be left for the family at the Scarpelli Funeral Home website http://www.scarpellifh.com.  The following obituary has been reprinted from the funeral home website.
CUMBERLAND­
Leonard F. Glenn, Sr., 82, passed away at home on Friday, January 16, 2015. Born August 19, 1932, in Cumberland, he was the son of the late Lula Knisley and Leonard Glenn. He is survived by his wife of 60 years, Frances A. (Beck) Glenn. He was the last surviving member of his immediate family.
Mr. Glenn was a member of the 1951 graduating class of Fort Hill High School. He, as well as several members of the class, graduated early to join the US Marines due to the Korean conflict. Mr. Glenn was a proud member of the MD State Police, where he served as a TFC, from 1957 until 1984. He was a member of St. Mary’s Catholic Church and St. Ambrose Catholic Church, as well as several fraternal organizations: US Marine Corps, MD State Police, MD Troopers Association, MD State Police Alumni Association Inc., FOP Lodge 40, Fraternal Order of the Eagles, Ft. Cumberland Post 13 American Legion, Former Member of the Christopher Bowling League, Life Member of the The Goodfellowship Club #697, and the Knights of Columbus Cumberland Council #586.
In addition to his wife, he is survived by his son, Leonard F. Glenn, Jr. and wife Pam Glenn, LaVale? daughters, Linda Stair and husband Rob, Pinto, and Lori Bennett and husband Steve, with whom he and Franny resided in their garden apartment in Bel Air, Cumberland? five grandchildren, Lenny Glenn and wife Mindy, Bel Air, Mindy Glenn, LaVale, Adam Stair, Pinto, Courtney Taylor and husband Robert, Portsmouth, VA, and Ashlynn Bennett, Morgantown, WV? and two greatgrandchildren, Jayden Taccino and Nathaniel Glenn.
At his request, a private viewing for immediate family will be held at Scarpelli Funeral Home, P.A., after which his remains will be cremated. Elder Michael Mudge will conduct a memorial service for family at a later date.
The family would like to thank the Cresaptown Rescue Squad and the Allegany County Sheriff’s Department for their professional services at the residence. Condolences may be left at www.scarpellifh.com.