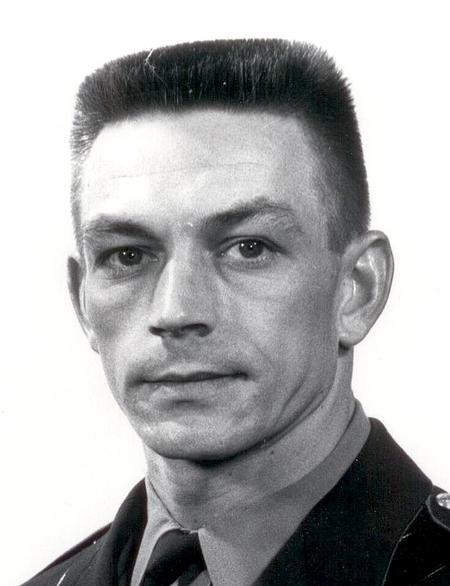 We regret to inform you of the death of Retired TFC Jimmy Kegley on July 6, 2012.  The following funeral arrangements have been reprinted from the McComas Funeral Home website http://www.mccomasfuneralhome.com .  Our thoughts and prayers are with Jimmy’s family and friends at this difficult time.
Jimmy Gene Kegley
Born in Kimball, WVA on Jul. 15, 1938
Departed on Jul. 6, 2012 and resided in Edgewood, MD.

The family requests that you join them for refreshments at a Celebration of Life gathering immediately following the service at:

Those who desire may contribute to:
Maryland Troopers Association
1300 Reisterstown Rd.
Pikesville, MD. 21208

Jimmy Gene Kegley, age 73, of Edgewood, MD, passed away on July 6, 2012 at Harford Memorial Hospital in Havre de Grace, MD. Born in Kimball, WV, he was the son of the late William David and Anna Lee Wheelock Kegley. A veteran of the U.S. Air Force, he retired, after 21 years, as a Maryland State Trooper and from Martin Marietta after working 8 years in security. He enjoyed watching football and playing tennis.