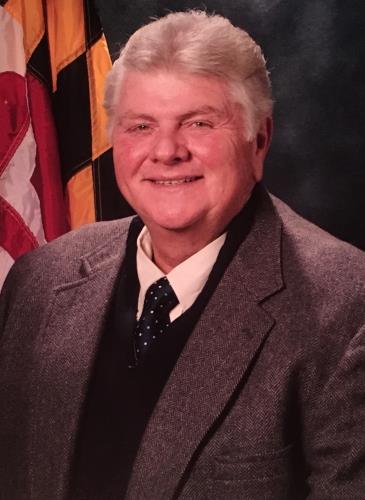 We regret to inform you of the death of Retired TFC Donald A. Newcomer on April 29, 2017.  Our thoughts and prayers are with the Newcomer family and their friends at this difficult time.  The following obituary information has been reprinted from the Haight Funeral Home website.
Donald Allen Newcomer, age 74 of Marriottsville, MD, died Saturday, April 29, 2017 at his home. Born December 29, 1942 in West Friendship, MD, he was the son of the late Grayson Earl and Sallye Grimes Newcomer. He was the husband of Pat Newcomer of Marriottsville, MD.
Don Newcomer proudly served as a Maryland State Trooper protecting the citizens of Carroll County as well as the state of Maryland from January 6, 1964 through October 1, 1991. He served his country during 9-11 helping the victims in New York City. Once he retired he continued to farm and raise horses.  Don was a family man who loved spending time with his grandchildren and great grandchildren, he never missed an opportunity to tell each one of them how precious they were, and how blessed he was to have them in his life.  Don enjoyed hunting the Colorado and Montana mountains, as well as fishing anywhere he could wet a line.
Surviving in addition to his wife are children Kim Mullins and her husband Gary of Romney, WV, Jody Newcomer and his wife Kim of Romney, WV, and Joel Newcomer and his wife Rachel of Cambridge, MD, brother Robert Newcomer of Sykesville, MD, grandchildren Josh Mullins, Jared Mullins, Jenna Mullins Roeder, Julee “Fluff” Mullins, Savannah Newcomer Wheeler, Lukas Newcomer, Sierra Newcomer Iser, Caleb Newcomer, and Jacob Newcomer, and eight great grandchildren.
The family will receive friends on Wednesday, May 3, 2017 from 2-4pm and 6-8pm at Haight Funeral Home & Chapel, 6416 Sykesville Road, Sykesville, MD.
Funeral services will be held on Thursday, May 4, 2017 at 10:00 am at St. Paul’s United Methodist Church, 7538 Main St., Sykesville, MD.
In lieu of flowers, memorial contributions may be made to Cystic Fibrosis Foundation, P.O. Box 5004, Hagerstown, MD 21741-5004.
Online condolences may be made at www.haightfuneralhome.com