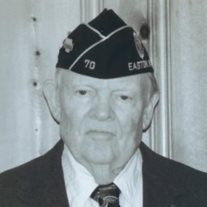 We regret to inform you of the death of Retired TFC Albert S. Bradley on May 26, 2014 at the age of 85. Our thoughts and prayers are with his family and friends at this time.  The following obituary information was provided by a family member.

Born in Cambridge, MD on November 2, 1928, he was the son of Albert S. and Mary J. Harrison Bradley. He was raised in Cambridge and joined the Army on August 31, 1950 and completed two tours of duty until 1957, including the Korean Conflict.

In 1954, he married Elisabeth A. Bampfer and moved to Wittman. After that, they moved to St. Michaels and they built their house in Rio Vista where they raised their two nieces.

Mr. Bradley joined the Maryland State Troopers in February, 1957, where he served for twenty years at the Easton barracks and retired on February 1, 1977.

Albert was a devoted husband and uncle. He loved to hunt, fish and crab and later play golf. His passion was the American Legion Talbot Post # 70. He served as commander five times for a total of ten years. He was the oldest living active member of the Talbot Post still attending meetings. Mr. Bradley also coached the American Legion Post # 70 baseball team and was very instrumental in getting Harold Baines started in his baseball career.

In addition to his parents, he was preceded in death by two sisters; Virginia Smoak and Mable McAllister, a brother Randall Willis and step-sister Louise Stoker.