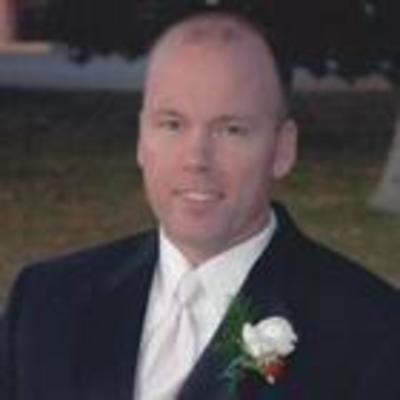 We regret to inform you of the death of Retired Sergeant Charles “Chuck” E. Salvas on August 18, 2015 following a long battle with brain cancer.  Our thoughts and prayers are with his family and friends at this difficult time.  The following obituary and funeral information has been reprinted from the Delmarva Now website.

Charles E. “Chuck” Salvas
Westover-Charles E. “Chuck” Salvas, 50, of Westover, passed away peacefully at home surrounded by his loving family on Tuesday, August 18, 2015. With the Lord’s help he fought a long and courageous battle with brain cancer.
Born in Cheverly, Maryland May 9, 1965, he was a son of Andrew Edward Salvas of Dunkirk, Maryland and the late Rochelle Gayle Willis Salvas.
He was a 1983 graduate of Capital Christian Academy in Largo, Maryland, and obtained an Associate’s Degree in Business from Prince George’s County Community College. He was a Sgt. with the Maryland State Police working almost 25 years before his retirement, and had been employed with the Somerset County Sheriff’s Department since 2013. He truly loved his work and was always very dedicated.
A prayer warrior, Chuck was a former Sunday School teacher at Spence Baptist Church in Snow Hill where he also participated in mission work by traveling to help build homes for people in need. Over the years he enjoyed woodworking and coaching T-Ball, soccer, and basketball. He was an accomplished Black Belt in karate and had a passion for bald eagles, singing gospel music, and studying God’s word.
Along with his father, he is survived by his devoted wife of 10 years whom he cherished, Julie Anderton Salvas of Westover; six children whom he adored, Kimber Salvas of Annapolis, Kayla Coons of Westover, Kendall Salvas of Annapolis, Keeley Salvas of Annapolis, Caleb Salvas of Annapolis, and Kamryn Salvas of Westover; two brothers, Stephen Salvas and wife Blair of LaPlata, Maryland and Allen Salvas and wife Susan of Boca Raton, Florida; niece and nephews, Lindsey, Andrew, Troy, Nicholas, and Noah Salvas; his mother-in-law and father-in-law, Becky and Christopher Guy, Sr. of Westover; his father-in-law, Carl Anderton, Sr. and wife Josephine of Salisbury; brothers-in-law, Carl Anderton, Jr. and wife Sara of Delmar, and Christopher Guy, Jr. and wife Katelyn of Princess Anne; and several aunts, uncles, and cousins.
Funeral services officiated by Rev. Mark Bunting and Stephen Salvas will be held Saturday, August 22, 2015 at 11 AM at Emmanuel Wesleyan Church in Salisbury. A viewing will be Friday evening from 6-8 also at Emmanuel Wesleyan Church in Salisbury. Interment will be in Rehoboth Presbyterian Cemetery in Rehobeth.
In lieu of flowers, donations may be sent to the Salvas Family, c/o Hebron Savings Bank, 57 Richardson Avenue, Crisfield, MD 21817.
Arrangements are in the care of Bradshaw & Sons Funeral Home in Crisfield. To send condolences, please visit www.bradshawandsonsfuneralhome.com.