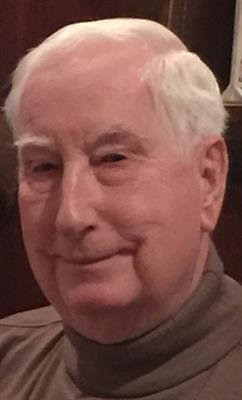 We regret to inform you of the death of Retired Sergeant Robert H. McCleaf, Jr. on Friday, June 30, 2017.  Our thoughts are with his family and friends at this difficult time.  We apologize for this late notification however, we just learned of his passing.  Condolences can be left for the family at the Minnick Funeral Home website.  The following obituary information has been reprinted from the Frederick News Post website.
ROBERT (BOB) HARTZEL MCCLEAF, JR. 83, of Boonsboro, Maryland, passed away Friday, June 30, 2017, surrounded by his family at Meritus Medical Center
Born March 14.1934 in Hagerstown, MD, he was the son of the late Robert H. McCleaf, Sr. and Mabel Palmer McCleaf.
Bob was a veteran of the U. S. Army serving as an MP.
He was a 1953 graduate of Hagerstown High School.
He was employed as a Maryland State Trooper for twenty-eight years retiring as a Sgt. In 1986.
He was a member of First Christian Church.
He was a member of FOP Lodge 88 Pangborn Council and the Maryland State Police Alumni Association.
Bob enjoyed hunting and attending auctions and flea markets. He also enjoyed spending time with his grandchildren.
He is survived by his wife of twenty-four years, Joan Hargett McCleaf; one daughter, Tammy Hollenbach of Boonsboro; one son, Robert L. McCleaf of Berkeley Springs, WV; two sisters, Doris L. Wisler of Hagerstown and Joyce E. Kephart of VA Beach, VA; one brother, Steven L. McCleaf of Fl.; three granddaughters, Lindsey Kurtz, Heather McCleaf and Daliss Gordon; two great grandchildren, Aubrie Crampton and Aiden Kurtz.
Services will be held at 1:00 P.M. Friday July 7, 2017 at First Christian Church, 1345 Potomac Avenue, Hagerstown. The Rev. Richard A. Kroll will officiate. Burial will be in Rest Haven Cemetery.
The family will receive friends on Thursday, July 6, 2017 from 6 to 8 p.m. at Minnich Funeral Home, 415 E. Wilson Blvd., Hagerstown. FOP Lodge 88 will conduct a service at 6:00 p.m.
Online condolences are accepted at www.minnichfh.com.