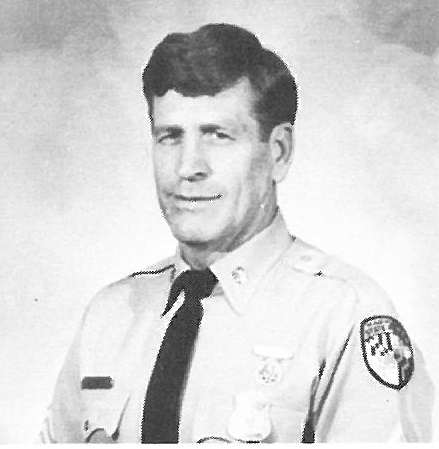 We regret to inform you of the passing of retired Sergeant Richard William “Dick” Brown, uncle of Trooper First Class Timothy Brown of the Cumberland Barrack.  Dick passed away on Monday, November 28, at the Western Maryland Regional Medical Center.  Our thoughts and prayers are with Dick’s family and friends.
Friends will be received at the Scarpelli Funeral Home, P.A., 108 Virginia Avenue, Cumberland, MD., on Friday, December 2, from 9 to 11 a.m.  Funeral services will be conducted at the funeral home on Friday, December 2, at 11 a.m.  Burial will be in the Maryland State Veterans’ Cemetery, Rocky Gap.  Military honors will be accorded at the gravesite by the Fort Cumberland Post 13 Honor Guard.  Condolences for the family may be left at www.ScarpelliFH.com.
The following obituary information has been reprinted from the Scarpelli Funeral Home website:

CUMBERLAND – Richard William “Dick” Brown, Sr., 80, of Cumberland, passed away on Monday, November 28, 2016, at the Western Maryland Regional Medical Center.
Born in Cumberland, MD, on February 18, 1936, he was the son of the late Raymond Joseph Brown, Sr. and Esther Angela (Shaw) Brown. In addition to his parents, he was preceded in death by two brothers, Donald Eugene Brown and James A. Brown.
Dick was a graduated of Fort Hill High School, class of 1955. Following high school, Dick served his country in the United States Air Force. Upon discharge, he served as a Cumberland City Policeman. He then attended the Maryland State Police Academy, and he was a Maryland State Policeman serving for 35 years. He retired as a Sergeant. Following his retirement, he was employed by Allegany College of Maryland, and he also worked for Homeland Security. In 1979, he and his son graduated from college. Dick earned his degree in Criminology from the University of Maryland. Dick was a member of the Fraternal Order of Police and the Maryland State Troopers Association. Dick was also a member of Holy Cross Episcopal Church. He was an outdoorsman who enjoyed hunting, fishing, and spending time with his family. Dick was a marksman who participated in many competitions. He was also a member of the Maryland State Police Bowling League.
Dick is survived by his loving wife, whom he married on August 24, 1976, Carol Jean (Palumbo) Brown; children, Richard W. Brown, Jr. and wife Robin, Frederick, Joseph Brown, Indiana, Michael Brown, Cumberland, and Gina Martinez and husband Juan, Smithsburg; grandchildren, Travis A. Brown, and Maya Carla Martinez; great-grandchild, Trevor A. Brown; brother, Raymond J. Brown, Jr. and wife Pauline, Cumberland; sisters-in-law, Mildred Brown, Cumberland, and Claudette Brown, LaVale; brother-in-law, Frank J. Palumbo and wife Claudia, Frostburg; and special nephew, Timothy A. Brown, Jr. and wife Ashlee, Cumberland. He is also survived by several other special nieces and nephews and his previous wife, Eleanor (Seiler) Brown.
Friends will be received at the Scarpelli Funeral Home, P.A., 108 Virginia Avenue, Cumberland, on Friday, December 2, from 9 to 11 a.m. Funeral services will be conducted at the funeral home on Friday, December 2, at 11 a.m. with Fr. Roland Bonadie officiating. Burial will be in the Maryland State Veterans’ Cemetery, Rocky Gap. Military honors will be accorded at the gravesite by Ft. Cumberland Post 13 Honor Guard.