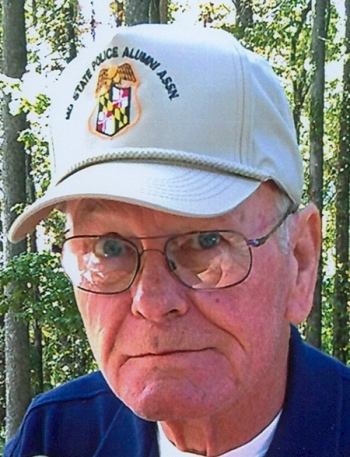 We regret to inform you of the death of retired Sergeant Mechanic on May 25, 2016.  Our thoughts and prayers are with the Fender family at this difficult time.  The following obituary information has been reprinted from the Rausch Funeral Home website.
Gerald (Jerry) Allen Fender, 75, of West River, MD passed away suddenly on May 25, 2016, surrounded by his family, at Anne Arundel Medical Center due to complications from a stroke.
Jerry was born October 22, 1940 in Washington, DC. He was raised one of three boys first in Virginia and then Frederick and then Montgomery counties. He graduated from Sherwood High School in Sandy Spring, Maryland in 1958, where he played football. He was called to active service for the U.S. Army Reserve from 1961-1962. Jerry completed the Maryland State Police Academy in 1963 and went on to serve as a Maryland State Trooper at the Salisbury Barracks, then as Troop Mechanic at the Waldorf Barracks. A highly skilled auto and marine mechanic, he went on to operate Fender’s American Station and Shady Side Auto and also worked at various dealerships. In 1979 he was certified as an auto mechanics instructor for South River VoTech. He enjoyed truck pulling, NASCAR and Football, especially the Baltimore Colts, and was a Boy Scout leader. Jerry thoroughly enjoyed working on vehicles and spending time reminiscing with friends and family.
Jerry married Dorothy Lucille Bowman on June 11, 1960 in Olney, MD. Together they raised three children and a host of family pets. He was preceded in death by his parents, Carper Fender and Marie Ellen Riely Fender, both of Knoxville, MD and his twin brother James “Jim” Fender, Sr. of West River, MD. Jerry is survived by his wife of 55 years, Dottie Fender; three children, Paul Fender of Deale, MD, Bryan Fender of West River, MD and Karen Mitchell of Deale, MD; two grandchildren, Tricia (James) Huffman of Deale, MD and Greg Anderson (Maddy Golob) of West River, MD; four great-grandchildren, Zach, Colten, Camren and Trent (July 2016) all of Deale, MD and his elder brother, Wayne (Jean) Fender Sr., of Keymar, MD. He also leaves behind his loyal canine companion, Brutus and many nieces, nephews, and cherished friends.
Visitation
Monday, May 30, 2016
2:00 PM – 4:00 PM
Rausch Funeral Home – Owings
8325 Mount Harmony Lane
Owings MD 20736
Funeral Service
Tuesday, May 31, 2016 11:00 AM
Rausch Funeral Home – Owings
8325 Mount Harmony Lane
Owings MD 20736
Interment
Southern Memorial Gardens
10155 Ward Road
Dunkirk MD 20754
Contributions
Animal Shelter Of One’s Choice