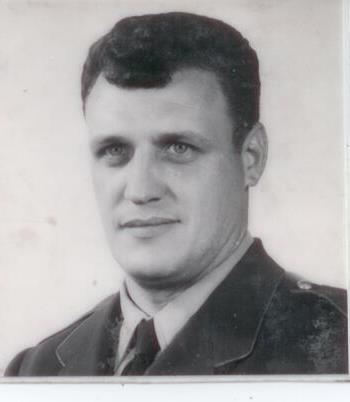 We regret to inform you of the death of Retired Sergeant John J. Concini, Sr. on July 7, 2013.   Our thoughts and prayers are with the Concini family at this difficult time.   The following obituary information has been reprinted from the McComas Funeral Home website.
John J. Concini Sr., age 80, of Bel Air, MD passed away on July 7, 2013 at Upper Chesapeake Medical Center in Bel Air, MD. Born in Northumberland, PA, he was the son of the late Joseph and Pearl Mae Richards Concini. He served our country in the U.S. Air Force and, for 25 years, he proudly served in the Maryland State Police. After retirement from the State Police, he continued working at Maryland Concrete. He served as Warden at Emmanuel Episcopal Church and enjoyed woodworking and making things for his family, hunting and being outside.
Mr. Concini is survived by his wife of 56 years, Audrey Ellen Concini; son, John Joseph Concini Jr. and wife, Barbara of Bel Air; daughters, Patricia Galczynski and husband, Greg, of Manchester; and Susan DiMaggio and husband, Michael of Bel Air; brothers, Victor Concini of Mt. Carmel, PA; and Richard Concini and wife, Beverly, of Harrisburg, PA; sisters, Mary Capaldi and husband, Ron, of Melbourne, FL; Priscilla Koberlis of Shamokin, PA; and Lois Clark and husband, Tom, of Sellings Grove, PA; and grandchildren, Michael, Christopher and Rachael Galczynski, Sarah DiMaggio, and Alexandria, Zachary and Olivia Concini. In addition to his parents, he was predeceased by his sister, Connie Lynch.
Pallbearers will be John Concini Jr., Michael DiMaggio, Greg Galczynski and Mike Galczynski. – See more at: http://www.mccomasfuneralhome.com/obituary/John-J.-Concini-Sr./Bel-Air-MD/1223470#sthash.7za0w253.dpuf
Viewing for John Concinni on Wednesday, July 9, 2013 at the McComas funeral parlor in Bel Air from 2:00 to 5:00 PM & 7:00 to 9:00 PM.  Interment service to be held at the Presbyterian Church at Main St. & Broadway on Thursday at 10 AM, burial at Bel Air Memorial Gardens.