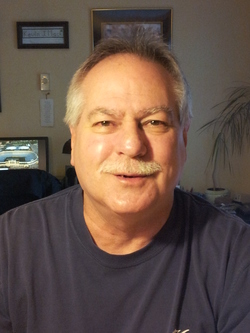 We regret to inform you of the death of Retired PCS Kevin Mack on August 3, 2015.  Our thoughts and prayers are with the Mack family at this time.  The following obituary information has been reprinted from the Brinsfield Funeral Home website.  Friends may leave condolences at the funeral home website.

Kevin Joseph Mack, 61 of Mechanicsville Maryland died Monday, August 3, 2015 at his home surrounded by his loving family.
He was born on January 4, 1954 in Baltimore, MD to the late William Joseph Mack and Margaret Cecilia Buckmaster Mack.
Kevin married his long time, loving companion, Catherine Ann Mack in January 2014.  Together, they have celebrated many wonderful years.  He was employed as a Communications Supervisor for the Maryland State Police with 30 years of dedicated service until his retirement in 2013.  He was an avid reader, and enjoyed history and current events.  He was selfless and always took care of his coworkers, friends and family.  He had a great sense of humor and enjoyed playing jokes on people.  He was a Notre Dame fan, and regularly cheered the Fighting Irish to victory.  His family was his greatest love, especially his grandson.
In addition to his beloved wife, Kevin is also survived by his step-daughters, Amanda R. Murphy and Dana Marie Helbig, both of Oakland, MD; his grandson, Wydonis Fazenbaker, great friend Eric Strucko, nephews, cousins and extended family.  In addition to his parents, he is also preceded in death by his sister, Dawn Martinez.
All services will be private.
Condolences to the family may be made at www.brinsfieldfuneral.com.
Arrangements by the Brinsfield Funeral Home, P.A.