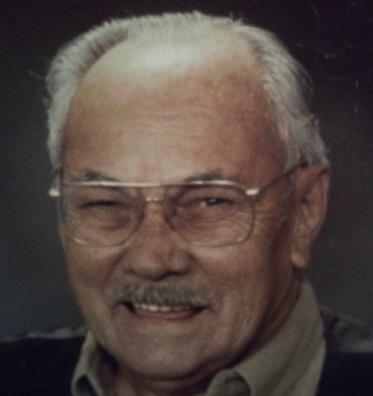 We regret to inform you of the death of retired PCO Felix Daley on February 27, 2012.  Our thoughts and prayers are with the Daley family at this difficult time.  The following obituary with funeral arrangement information has been reprinted from the Crouch Funeral Home website.  http://crouchfuneralhome.com
Felix Milo Daley went to be with the Lord on February 27, 2012 surrounded by his family. He is survived by his loving wife of 49 years, Loretta Kay Daley, his 8 children: Donna McGiness, Dale Rhoads, Deanna Paxton, Deborah Wallace, Felix Daley II, Joan Kennedy, Phillip Daley, and Eugene Daley. He is also survived by 24 grandchildren and 17 great-grandchildren. Felix was a devoted husband, father and grandfather who’s greatest joy in life was spending time with his family.

Felix was born in Rossville, GA on January 29, 1925 to Phillip and Luna Belle Daley. He proudly served his country in the U.S. Navy for 20 years. Felix was a veteran of WWII and the Korean Conflict. Toward the end of his career in the Navy Felix taught Radioman School at Bainbridge Naval Training Center, where he retired from service with the rank of Chief Petty Officer. He settled in Cecil County and began a second career with the Maryland State Police as a Police Communication Officer. He worked at Barracks F in North East, MD for 23 years. Felix finished his 26 year career with the State Police at Barrack V in Berlin, MD.

Felix helped found and build the Bible Fellowship Church in Bayview, MD. He was elected as Deacon of the church on September 22, 1974. While a member of the church he worked tirelessly to do the Lord’s work and help the church in any way the Lord called him.

Funeral services will be held Friday, March 2nd, at 1:00 pm at Crouch Funeral Home in North East, MD. Family and friends are invited for visitation starting at 12:00 PM until service time. Interment will follow in Harford Memorial Gardens. A reception will be held at Old Academy, 1079 Firetower Road, Colora MD 21917 immediately following interment.

In lieu of flowers please give donations, which will be dispersed to Maryland Troopers Association. Donations can be mailed to: Kay Daley, 415 Champlain Rd, North East MD 21901