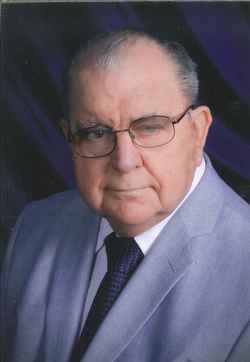 We regret to inform you of the death of Retired Major Carl R. Harbaugh on Friday, June 3, 2016.  Our thoughts and prayers are with Carl’s family and friends at this difficult time.  The following obituary information has been reprinted from the Keeney Basford Funeral Home website.
Obituary
Mr. Carl R. Harbaugh, 76, of Frederick, passed away on Friday, June 3, 2016, at the Kline Hospice House. He was the husband of Rebecca “Becky” Basford Harbaugh. Born on July 8, 1939, in Elkton, Virginia, he was a son of the late Harry and Secguernie Merica Harbaugh.
In high school he joined the US Naval Reserve where he served for 18 months. Upon graduation from Fort Hill High School, Cumberland in the class of 1957, he joined the US Air Force. After four years of service to his country, he joined the Maryland State Police where he served for 24 years, retiring as the Assistant Chief of  Special Operations with the rank of Major.
During his career, he served as the first commander of the Internal Affairs Unit and Commander of the Special Operations Division. The division was responsible for the narcotics, intelligence and other covert investigations within the State Police.
While with the State Police, he was able to graduate from Frederick Community College, Mount Saint Mary’s University and the American University. He earned an Associate of Arts Degree, a Bachelors Degree in Sociology and Psychology and a Masters Degree in Administration of Justice. He taught Criminal Justice courses at Frederick Community College for 13 years and began training police officers with the International Association Chiefs of Police (IACP).
Upon retirement from the State Police, he joined the IACP where he served as Director of Police Organizational Services and the State and Provincial Police.
Upon leaving the IACP, he became a law enforcement consultant until he was elected Sheriff of Frederick County in 1990.  During his service as Sheriff he established uniform and policy standards which led to the agency becoming fully accredited.
After leaving the office of Sheriff, he was employed by the National Sheriff’s Association as the Training Coordinator at the Community Policing Consortium, developing training curriculum and establishing training conferences throughout the United States. He became a recognized authority on community policing.
When he and his wife moved to Florida in 2000,  he continued to consult in law enforcement training and law enforcement strategies for several years. While in Florida he served as president of the Deltona Kiwanas Club and the Deltona Scottish Rite Club. He was a life member of the Deltona Landmark Lodge # 383 AF & AM., and a life member of the Valley of Orlando, District of Florida Scottish Rites. Also while in Florida he volunteered with the Commission on Aging, mentored high school students and taught Junior Achievement in the Middle schools.
He served as President of the Frederick Jaycees, the Frederick Evening Sertoma Club, the Catoctin Club of Frederick, the Western Maryland Alzheimer’s Association and the Maryland Sheriff’s Youth Ranch. In addition he served on several boards including the Human Relations Commission and the Mental Health Advisory Board.
Carl was an active member of the Evangelical Lutheran Church and also a member of the Frederick Elks Lodge and the Francis Scott Key American Legion, where he was a past commander. He was a member of the Sgt. Lawrence Everhart Chapter of the Sons of the American Revolution.
His family would like to extend a heartfelt thank you to his doctor’s, Dr. Cowan, Dr. Afrookteh and Dr. Johnnson and also to the staff and care givers  at Kline Hospice House.
Surviving in addition to his wife are his twin daughters, Carla Ritenour and husband, James and Carolyn Cable, all of Frederick, two brothers, Michael Harbaugh and wife Sharon, of Frederick, and Harry Harbaugh, of PA, five grandchildren, Jared Cable, Samantha Lennox, Taylor Cable, Amanda Crampton and Natalie Connell and husband, Chris, five great grandchildren and several nieces and nephews. He was preceded in death by a sister, Laura Robinson, three brothers, Henry, Calvin and Richard Harbaugh.
The family will receive friends from 2 to 4 and 6 to 8 p.m., on Tuesday, June 7, 2016, at the Keeney and Basford Funeral Home, 106 East Church Street, Frederick. The American Legion will conduct a memorial service at 7 p.m. Funeral services will be held at 10 a.m., on Wednesday, June 8, 2016, at the Evangelical Lutheran Church, 31 East Church Street, Frederick. Rev. Douglas Jones and Dr. Michael O’Donnell, will officiate. Interment will be in the Mount Olivet Cemetery, Frederick.
In lieu of flowers memorial contributions may be made in his memory to the Kline Hospice House, 7700 Kimmel Road, Mt. Airy, MD 21771 or to the Evangelical Lutheran Church, 35 East Church Street, Frederick, MD 21701.