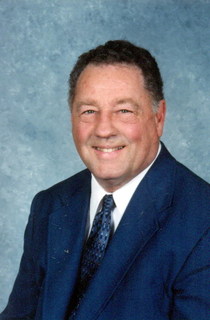 We regret to inform you of the death of Retired Lt. Rodney Kennedy on Wednesday, January 21, 2015.  Our thoughts and prayers are with Rodney’ s family and friends at this difficult time.  The following obituary has been reprinted from the Crouch Funeral Home website.

Born in Elkton, MD, on December 10, 1938, he was the son of the late Earl Lee and the late Margaret (McMillan) Kennedy.

Rodney served his country in the U.S. Air Force for four years. He then spent his life serving the residents of the State of Maryland and Cecil County, first with the Maryland State Police for 28½ years and then as a two term Cecil County Sheriff.

Rodney enjoyed gardening, camping, the beach, Florida, golf, DIY projects and history. Most of all he enjoyed his family and friends and loved the time he spent with them.

Funeral service, conducted by Rev. Bert Jicha will be held Tuesday, January 27, 2015 at 11 a.m. at Crouch Funeral Home, P.A., 127 South Main Street, North East, MD, where the family will receive guests on Monday evening, beginning at 4 p.m. until 7 p.m. and again on Tuesday morning from 10 a.m. until service time.

Flowers are welcome or in lieu of flowers, memorial contributions may be made to the Rising Sun Little League, in care of the funeral home.