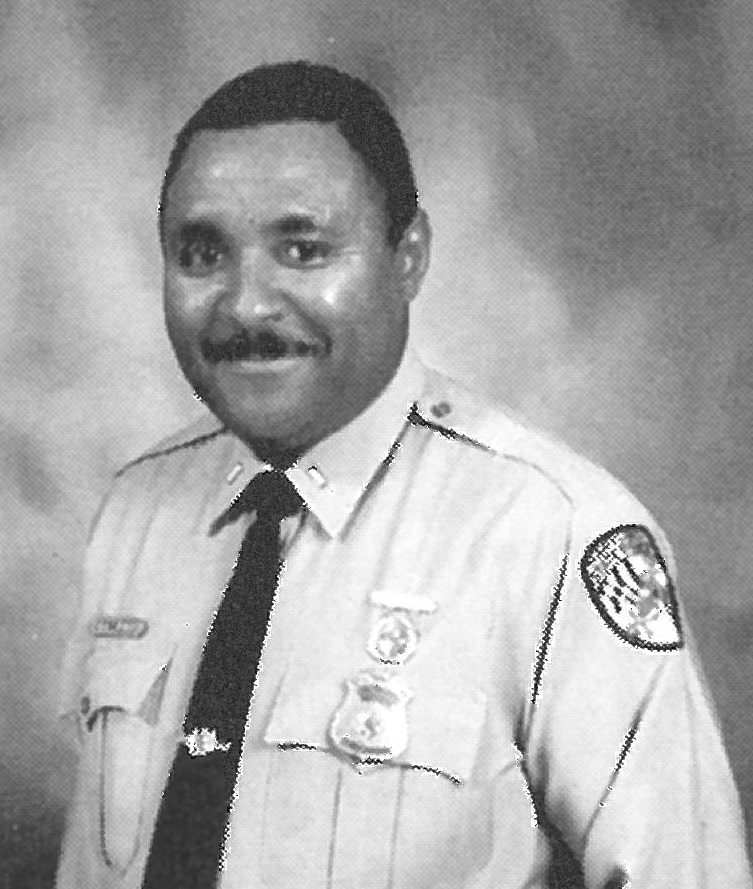 We regret to inform you of the death of Retired Lt. Raymond K. Grissett on Friday, September 15, 2016.  Our thoughts are with Ray’s family and friends at this difficult time.
A viewing will be held on Friday, September 30, 2016 at the March Funeral Home 4300 Wabash Ave. Baltimore, MD 21215 from 8:00 AM to 8:00 PM.  The family will be in attendance from 4:00 – 8:00 PM.
Funeral services will be held on Saturday, October 1, 2016 at the Macedonia Baptist Church, 718 W. Lafayette Ave. Baltimore, MD 21217.   The wake will be from 10:00 – 11:00 AM, followed by the funeral service at 11:00 AM.
The burial will take place at Woodlawn Cemetery, 2130 Woodlawn Drive, Baltimore, MD 21207 following the funeral service.
Condolences can be left on the March Funeral Home website
Raymond Grissett was born on January 11, 1946 to Henry Ford
Grissett Sr. and to the late Mattie Elizabeth Cummings in Macon, Georgia.
He received his primary education from the Baltimore City Public School
System, graduating from Dunbar High School in June 1963. After graduation,
he served for three years in the United States Army where he earned the
rank of Sergeant and was Honorably Discharged after serving two tours in
Vietnam.
On June 17, 1967, Raymond married the late Evelyn Grissett and from this
union two children were born, Raymond Kirk Grissett and Rodney Keith
Grissett, both preceded him in death. Raymond was a former member
of Little Ark Missionary Baptist Church under the Pastorate of Rev. Dr.
Matthew Marcus.
In 1975, Raymond began an illustrious and rewarding career with the
Maryland State Police. It was here that Raymond found true joy and
happiness. Anyone who knew Raymond would tell you that he loved his
job and the opportunities it gave him to interact and mentor fellow troopers.
During his thirty-one years of service at Maryland State Police, he earned his
rank as Lieutenant. He earned a great amount of respect from many fellow
officers who often referred to him as “LT”, while off duty. His concern for
his family, friends, and community was his number one priority.
Raymond was a member of several organizations such as: Coalition of Black
Maryland State Troopers, Maryland State Troopers Association, National
Organization of Black Law Executives, and Alpha Phi Omega. He held several
offices within these organizations.
Raymond married his long time love, friend, and companion, Sencerray.
Raymond was a loving husband, father, grandfather and friend to all. He
was a very passionate person with strong principles and ethics. Raymond
loved bowling, tennis, cooking, reading, playing Wii and Xbox with close
family and friends and talking about Law Enforcement.
He leaves to mourn: his loving and supportive wife, Sencerray; father, Henry
F. Grissett; step-son, Deminiken J. Arrington; step-daughter Qumoria E.
Jones; adopted son, Rev. Dr. M. Jamal Foster (Junior); two daughters-in-law,
Minister Daphne Foster and Steffany Arrington; three grandsons, Renard
K. Conaway Grissett, Jordan D. Grissett, and MJ Foster (Junior Junior); two
granddaughters, Niyae T. Green and Keemya Foster; eight sisters, Gwendolyn
Starks, Karen Robinson, Alice Cooper, Gilda Turner, Deborah Richardson,
Denise Miller, Barbara Adams, Robin Robinson; two brothers, Bruce Grissett
and Ralph Cummings, Sr.; three brothers-in law; one sister-in-law; numerous
nieces and nephews; and a host of other loving relatives and friends.