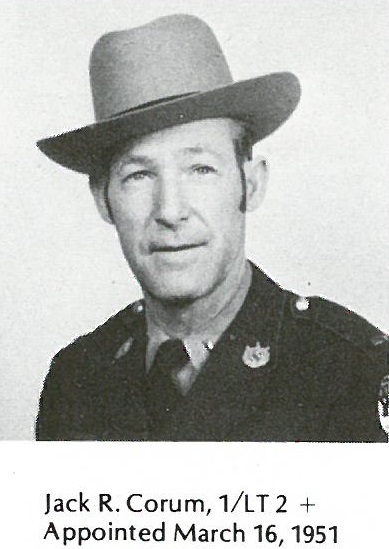 We regret to inform you of the death of Retired Lt. Jack R. Corum (86) on Tuesday, September 30, 2014.  Our thoughts and prayers are with the Corum family at this time.

Obituary
Jack Rorabaugh Corum, 86, of York County, died Tuesday September 30, 2014 at York Hospital.  He was the husband of Ann L. (Davis) Hempfing Corum with whom he celebrated a 34th Wedding Anniversary November 30, 2013.
Funeral services will be held at 1:00 PM Tuesday October 7, 2014 at Temple Baptist Church, 2550 Pine Grove Road, York, with Rev. Gary Smith and Rev. Sterling Walsh, officiating.  Burial will follow in St. Jacob’s Stone Church Cemetery, Glenville.  A viewing for family and friends will be held from 11:00 AM until 1:00 PM Tuesday at the church. The Geiple Funeral Home, Inc., 53 Main Street, Glen Rock is in charge of the arrangements.
Mr. Corum was born in Howard County MD and was a son of the late Ashby H. and Margaret Belle (Rorabaugh) Corum.
He was a U.S. Navy Veteran of WWII and was employed with the Maryland State Police for 25 years, as a Trooper and then as the Chief of Training at the Maryland State Police Academy.  He also served as the first Chaplain of the Maryland State Police, retiring as a 1st Lt. in 1976.  Jack also served as pastor at the Westminister Bible Church, Westminister MD, for over 10 years.
He was an avid golfer and was a member of Bon Air Country Club, Glen Rock and was a member of the Temple Baptist Church.
Besides his wife, Jack also leaves, three daughters, Deborah L. Bocklage of Glen Rock, Gail E. Chatfield, of Perry Hall, MD and Sharon A. Deinlein of Berlin MD; a son, Richard C. Corum of Reisterstown, MD; four grandchildren, two great grandchildren; and three brothers, Larry Corum of Woodstock, MD, Ashby Corum Jr. of Punta Gorda, FL and Wallace Corum of Deep Creek Lake, MD.
In lieu of flowers memorial contributions may be made to Southwest Radio Church, P.O. Box 100, Bethany, OK 73008.
Condolences may be shared at  www.geiple.com