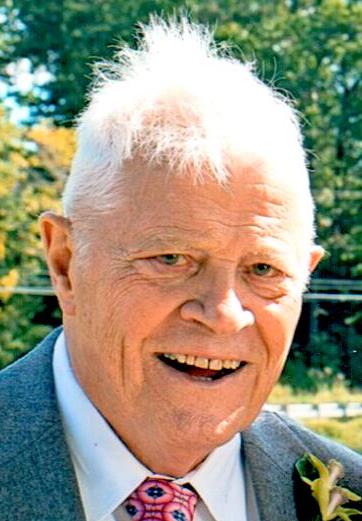 We regret to inform you of the death of Retired Lt. Col. William T. Gerwig on October 24, 2016.  Our thoughts and prayers are with his family and friends at this difficult time.  The following obituary information has been reprinted from the Meyrs – Durboraw Funeral Home website.
William Thomas “Bill” Gerwig, 83, of Taneytown, MD died peacefully on Monday, October 24, 2016 with his family at his side at Carroll Hospice Dove House in Westminster, MD.  Born December 11, 1932 in Ellicott City, MD, he was the son of the late William Jacob and Miriam (Brown) Gerwig.  He was the devoted husband of Judy (Keefe) Gerwig, to whom he was married for 56 years.
Bill enjoyed a distinguished 28 years career in the Maryland State Police (1957-1985). His early career was spent as a Trooper in Southern Maryland, later as a Supervisor and Commander in various assignments, including Commander – Randallstown Barrack, Commander – Central Troop, Assistant Chief – Field Operations Bureau, and upon retirement, Lt. Colonel and Chief, Logistics Services Bureau.  Bill was a member of the Maryland State Police Alumni Association.  He was very proud to have once been selected to attend a nine-month advanced law enforcement training program at Northwest University in Evansville, IL.
Bill was a veteran of the United States Army.  He enjoyed traveling, reading, playing dominoes, working crossword puzzles, and spending time with family and friends.
Surviving in addition to his wife, are sons, Jeffrey Barrett and wife Karen of Westminster, MD, and Timothy Gerwig and wife Diane of Boulder, CO; sister, Ardella Webb and husband Tom of VIckesburg, PA; brother, Davis Gerwig and wife Patricia of Summerville, SC; 6 grandchildren; 4 great-grandchildren; and several nieces and nephews.
A Mass of Christian Burial will be held at 11 a.m. on Friday, October 28, 2016 at St. Joseph Catholic Church, 44 Frederick St., Taneytown, MD, with Father John F. Lesnick as celebrant.  Interment will be private.  The family will receive friends from 6-8 p.m. on Thursday at Myers-Durboraw Funeral Home, 136 E. Baltimore St., Taneytown, MD.
In lieu of flowers, memorial contributions may be made to Carroll Hospice Dove House, 292 Stoner Ave., Westminster, MD, 21157.