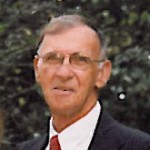 We regret to inform you of the death of Retired Cpl. Fred A. Settle on Sunday, May 1, 2016 following a lengthy illness.  Our thoughts and prayers are with Fred’s family and friends at this difficult time.  The following obituary information has been reprinted from the Carvelli Funeral website.

Fred Ashley Settle, 73, of Clarksburg, WV, passed away on Sunday, May 1, 2016, at his residence following an extended illness.
He was born in Fredrick, MD, on May 16, 1942, a son of the late Charles Settle and Elizabeth Whitback Settle.
Fred is survived by his wife Patricia Becker Settle, whom he married on August 23, 1986.
He is also survived by three sons, Dale Settle and wife Patti of Sharpsburg, MD, Dean Settle and wife Nancy of Truckee, CA, Richard Cimino of Eldersburg, MD; one daughter, Gina Cimino of Ft. Collins, CO; five grandchildren, two great grandchildren and one sister, Hazel Settle of Frederick, MD.
In addition to his parents, Fred was preceded in death by one brother, Charles Floyd Settle.
Fred was a graduate of Loyola College of Maryland. He was a veteran in the U.S. Amy during the Korean War. He was Military Police Officer and was serving in Berlin while the “Great Wall” was built. He was a Maryland State Trooper and retired after 18 years of service. After retirement Fred was a safety Director for a Trucking Company in Florida.
He was a member of the Immaculate Conception Catholic Church where he served as an usher and was a member of the Knights of Columbus. He was also a member of the Maryland State Troopers Alumni.
Family and friends may call at the Amos Carvelli Funeral Home, 201 Edison Street, Nutter Fort, on Wednesday from 4:00 to 8:00 p.m. A Prayer Vigil will be held 7:30 p.m. to conclude the visitation.
A Mass of Christian Burial will be celebrated at the Immaculate Conception Catholic Church, 126 East Pike Street, Clarksburg, on Thursday, May 5, 2016 at 10:00 a.m. with Reverend Father Casey Mahone as Celebrant.
A Committal Service will be in the Resthaven Memorial Gardens, 9501 Catoctin Mountain Highway, US 15, Frederick, MD on Friday at 1:00 p.m.
Expressions of sympathy may be extended to the family at www.amoscarvelli.com A service of Amos Carvelli Funeral Home