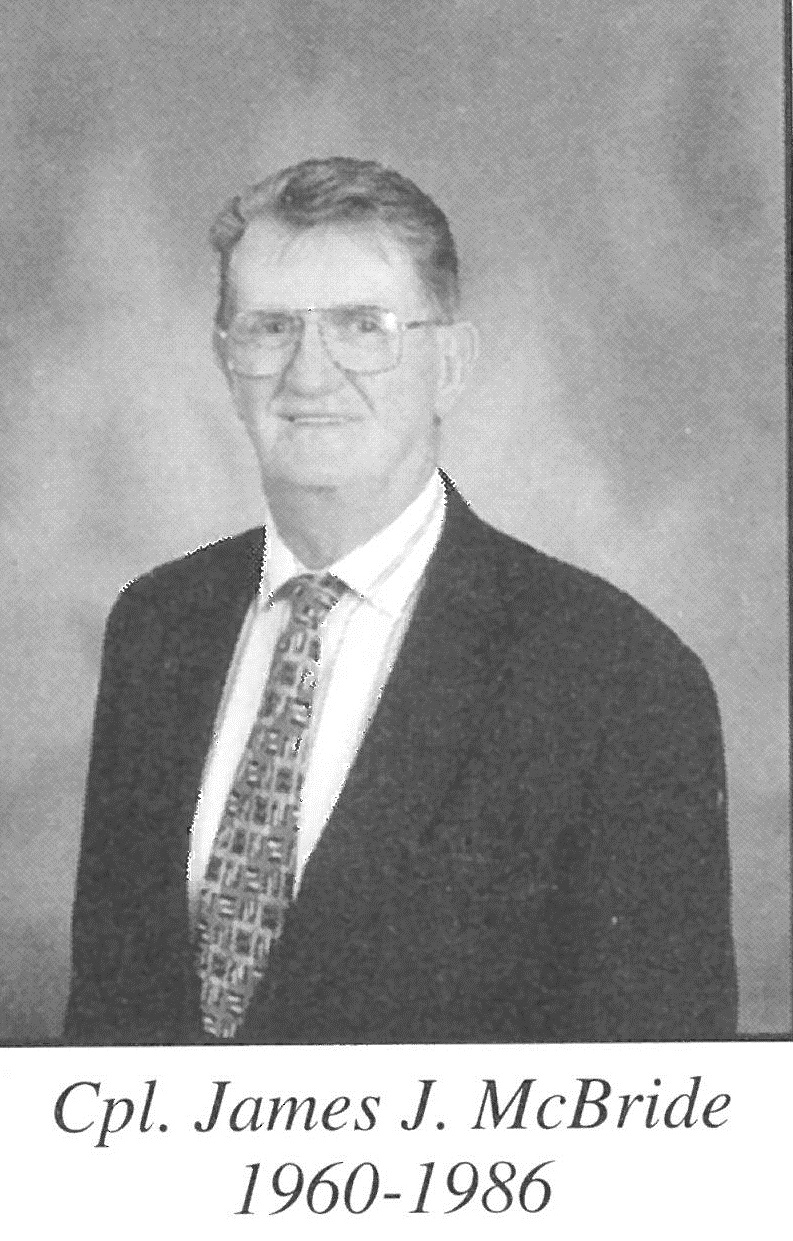 We regret to inform you of the death of Retired Corporal James J. McBride, Sr. on Friday, September 4, 2015.  Our thoughts and prayers are with the McBride family at this time.  I apologize for this late notice however we were just informed of Jim’s death.  The following obituary information has been reprinted from the Melson Funeral Home website.

James Joseph McBride, Sr., age 82 of Clarksville, DE died peacefully on Friday, September 4, 2015 at Atlantic Shores Rehabilitation and Health Center in Millsboro, DE. He was born in Baltimore, MD on October 13, 1932 son of the late, Daniel and Margaret (Farrell) McBride. James was a U.S. Army Veteran and a retired Maryland State Trooper, retiring in 1986 after 26 years of service. He was a member of St. Ann’s Catholic Church in Bethany Beach, DE. James loved spending time with family and friends and he enjoyed winters in Florida. In addition to his parents, he was preceded in death by his son, James J. McBride, Jr., a brother, Daniel McBride; and sister, Margaret Tierney. He is survived by his loving wife of 15 years, Marie Cwiek McBride; a son, John McBride and his wife Laura of Frostburg, Md; a daughter, Cathryn Noble and her husband Darryl of Hanover, PA; five step-children, David Zaruba, Gregory Zaruba, Christopher Zaruba (Jennifer), Matthew Zaruba and Rachel Proctor (Jeffrey); five grandchildren, Cassidy and wife Natoshia, Shannon, Macklyn, Ryley, and Shaena; Six step grandchildren as well as several nieces, nephews, and extended family members.

In lieu of flowers, the family suggests memorial donations to St. Ann’s Catholic Church at the above address. Online condolences may be sent by visiting www.melsonfuneralservices.com.