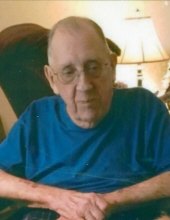 We regret to inform you of the death of retired Corporal George C. Wachter, Jr., on March 18, 2018.  Our thoughts and prayers are with the Sgt. Wachter’s family and friends at this difficult time.

The following obituary information has be reprinted from the Admas Family Funeral Home, Cumberland, MD.

A United States Marine Corps Veteran during the Korean Conflict, George retired from the Maryland State Police with 29-1/2 years of service. He was a member of the Emmanuel Episcopal Church.  He was also a member of a Masonic Lodge and several other organizations.

A funeral service will be conducted at the Emmanuel Episcopal Church, Cumberland, MD, on Friday, March 23, 2018, at 11:00 A.M., with Reverend Martha Macgill officiating. The family will also receive friends one hour prior to the service.

Interment will be in Sunset Memorial Park.

Military honors will be accorded at the cemetery by the Post #13 Veterans Honor Guard.