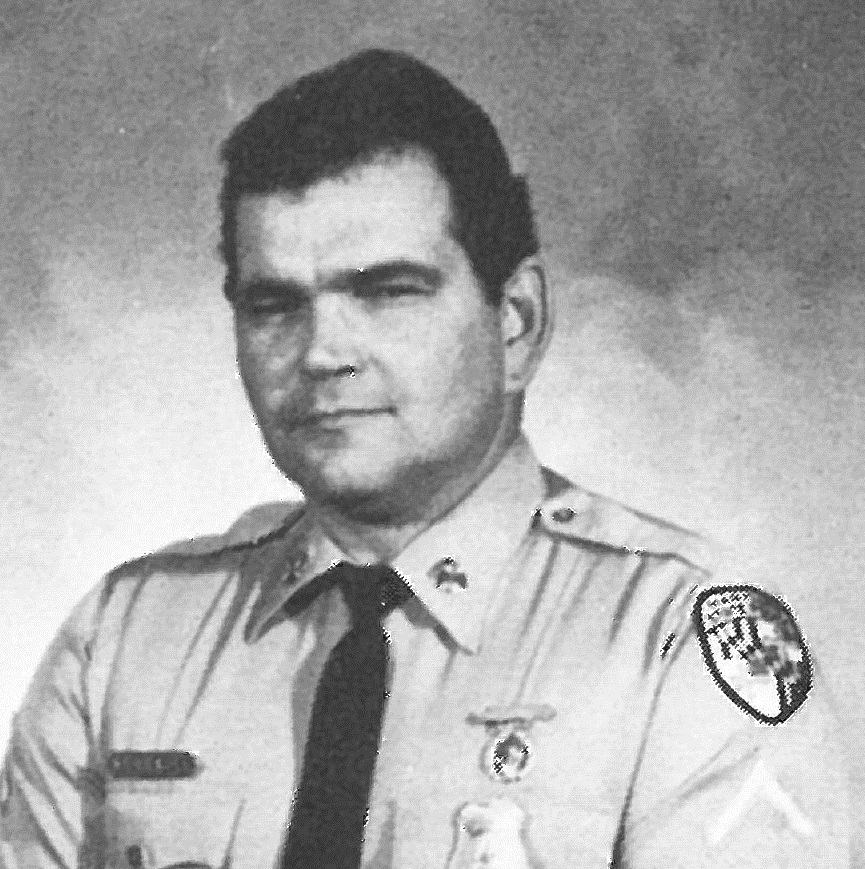 We regret to inform you of the death of Retired Corporal Gary L. Wisniewski, Sr. on Thursday, November 19, 2015.  Our thoughts and prayers are with Gary’s friends and family at this difficult time.  The following obituary and funeral arrangements have been reprinted from the Helfenbein & Newnam Funeral Home website.
Obituary for Mr. Gary Leo Wisniewski Sr.
Gary Leo Wisniewski, Sr. of Stevensville, MD passed away on November 19, 2015 at his home. He was 71 years old.
Born on October 21, 1944 in Severn, MD, the son of the late Henry and H. Louise Wisniewski, he grew up in the Severn area. Gary was a graduate of Arundel High School and worked with the State Police for 25 years. He retired as a corporal out of Annapolis Barrack. He also worked with the truck enforcement division and ASED. Gary then worked for a few years with PRS guitars and then retired completely to enjoy his family.
He loved computers, the Ravens and Baltimore Colts, yard work, road trip and working on cars. He was a member of the Maryland Troopers Association, MD State police alumni, and a member of St. Christopher’s Catholic Church.
Gary is survived by his loving wife, Cathy Wisniewski; sons Gary L. Wisniewski, Jr. of Mt. Washington; John D. Wisniewski of DE; and Casey L. Wisniewski of Chester, MD; 4 grandchildren Danielle; John; Matthew ; and James; sister Bonnie Boehm of Severn, MD; and his grand dog “Berkeley”, along with numerous nieces and nephews. In addition to his parents he was predeceased by his brothers Robert and Wayne Wisniewski; and sister Phyllis Wisniewski.
A visitation will be held on Friday, November 20, 2015 from 6-8 pm at the Fellows, Helfenbein & Newnam Funeral Home, P.A. in Chester, MD, where a service will be held on Saturday, November 21, 2015 at 11:00 am.
In lieu of flowers, donations may be sent to Compass Regional Hospice Center, 255 Comet Drive, Centreville, MD 21617.
Online condolences may be made at www.fhnfuneralhome.com