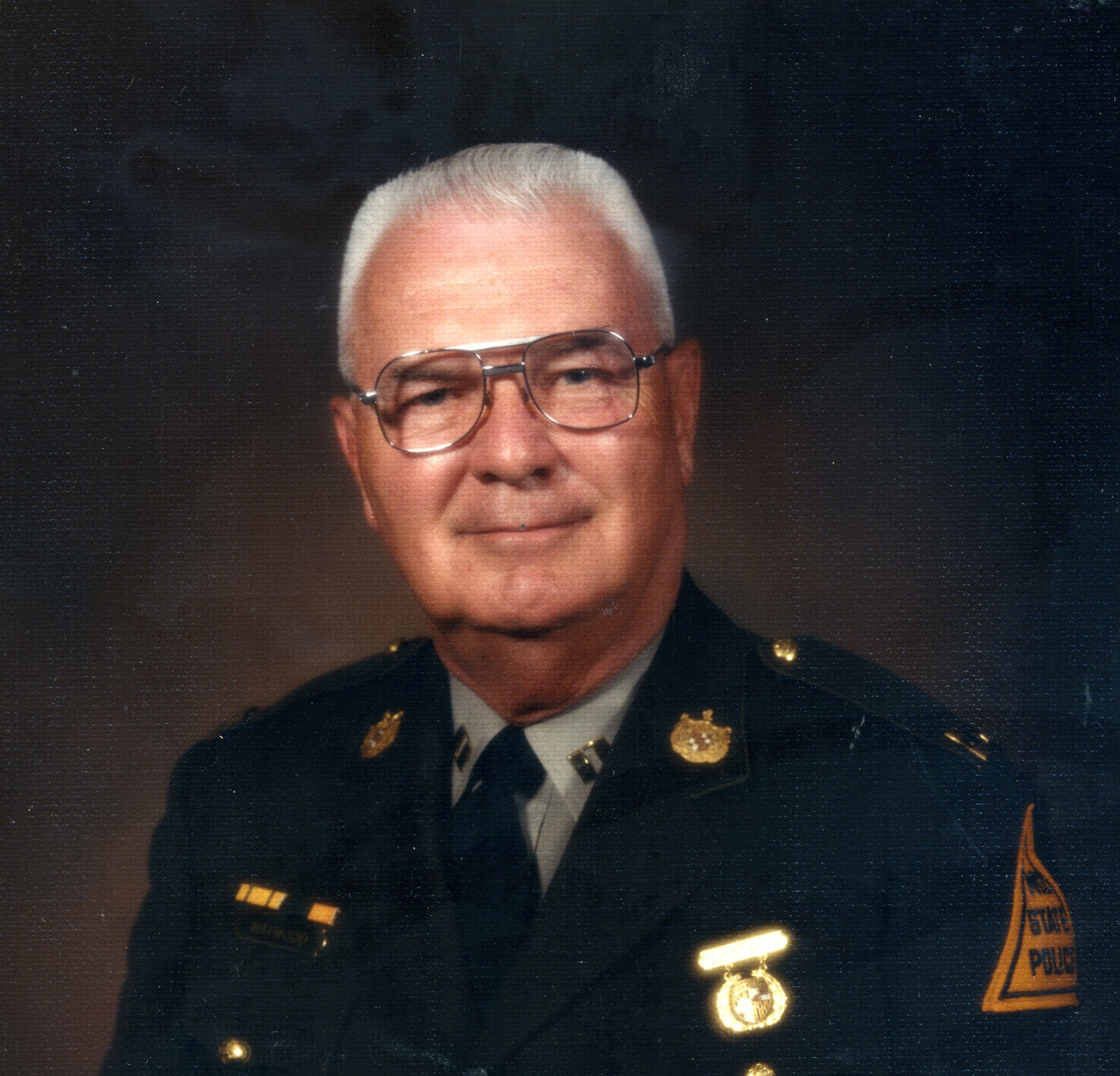 It is with deep regret that we inform you of the death of Retired Captain Bernard “Bernie” Haywood on January 23, 2017.  Captain Haywood was employed with the Maryland State Police from May 2, 1946 until July 1, 1987.  Before joining the MSP, he served in the US Marine Corps and participated in the amphibious landing on Iwo Jima in February, 1945.  Captain Haywood attended the 96th MSP Anniversary ceremony and shared many stories of his career with MSP.  Our thoughts and prayers are with Bernie’s family and friends at this difficult time.
Funeral arrangements are as follows:
Viewing will be held on Friday, January 27, 2017 from 1700 to 2100 hours at Harkins Funeral Home, 600 Main Street, Delta, Pennsylvania 17314.
Funeral services will be held on Saturday, January 28, 2017 at 1100 hours at Harkins Funeral Home, 600 Main Street, Delta, Pennsylvania 17314.
Interment will follow the services at Slate Ridge Cemetery, 520 Main Street, Delta, Pennsylvania 17314.
The following obituary has been reprinted from the Harkins Funeral Home website.
BERNARD T. HAYWOOD
91 years of Cardiff, MD
March 26, 1925 – January 23, 2017
“Run, run, run, get off the beach”, were familiar words to every U.S. Marine that landed in the first wave on the island of Iwo Jima in WWII on February 19, 1945. Marine Haywood served with the Corp until March 16, 1945 in the Iwo Jima campaign that followed the invasion of Marianas in the south Pacific in a battle to retake the Philippine Islands and neutralize the Japanese bases. Against severe terrain and horrific fighting, Haywood and the Marines slowly moved forward to overtake the Imperial Japanese’s forces and take control of the island. Crucial to the Allied campaign to end the war in the Pacific, Iwo Jima and the Philippine Island campaigns were instrumental in providing bases for aerial attacks on Japan. Mr. Haywood served his country from April 26, 1943 until his honorable discharge on November 28, 1945 in the Asiatic Pacific Theater from June 29, 1944 until November 8, 1945. His service through both campaigns in the infantry as a Rifle M1 Marksman, cited as excellent on December 7, 1945.
Following WWII, Mr. Haywood joined the Maryland State Police completing the basic training school on August 24, 1946 in Pikesville, MD and embarked on his distinguished career. While serving at Conowingo Barracks, Trooper Haywood saved the life of a young boy trapped in an automobile as a result of an accident near Port Deposit. Presumed dead by first responders, Haywood began breathing down the child’s throat until the youngster began to cry. Rescuers then doubled their efforts to free the child who arrived at Harford Memorial Hospital alive due to the quick thinking of Haywood. Haywood received the Governor’s Citation for valor and courage for his “good judgment and skill” in saving the life of the young boy.
June 1978, Trooper Haywood was appointed Asst. Commander of North East Barrack and was recognized for handling a highly dangerous situation when a fellow trooper was shot.
In 1980, MD State Police and the Sheriff Dept. of Harford County joined forces for the first time working with the Operation Spidre. Trooper Haywood was instrumental in leading a major attack to reduce drunk driving when recent numbers revealed the number of drunk driving arrests tripled. The program lasted until 1984.
Following service as Commander of the Glen Burnie Barracks, Lt. Haywood transferred to command the Bel Air Barracks in 1982.
Four years later, Haywood was promoted to Captain and left Harford County to be Commander of the Baltimore Metro Troop consisting of Glen Burnie, Annapolis, Security and Valley districts. Haywood was well known as a “Champion of DWI Programs” for his crusade against drinking and driving.
In July 1, 1987 after 41 years of employment, Commander Bernard Haywood retired from the Maryland State Police, remarking that his years in service were both interesting and rewarding.
While in his early years, he and fellow troopers performed their usual policy duties as well as proving first aid and ambulance transportation to area hospitals to one of the primary forces in the crusade against drunk driving in the Spidre Campaign, to earning the respect of all of his fellow troopers. In addition to his Governor’s Citations, Haywood also received a Superintendent’s Commendation and five Superintendent’s Letters of Recognition. Two of his awards were for action during two airline crashes and another to having saved a young child with actions that would later become to be known as “mouth to mouth” resuscitation.
He is survived by:
A son, Thomas B. Haywood, M.D., of Hagerstown, MD
Four granddaughters- Carrie, Ashley, Laura and Colleen
Three great granddaughters-Mia, Kate and Vera
A longtime friend, Phyllis Ford of Shrewsbury, PA
He was preceded in death by his wife, Evelyn (Bryson) Haywood who passed on April 11, 2013 and his parents, Ernest Charles Haywood and Frieda Foster Haywood.
Visitation will be held on Friday, January 27, 2017 from 5 to 9 p.m. at Harkins Funeral Home, 600 Main Street, Delta, PA where the funeral will be held on Saturday, the 28th at 11:00 a.m. Pastor Beth Holz of the Peach Bottom Methodist Charge along with Reverend Elwood L. Ulmer, Maryland State Police Alumni Chaplain, will co-officiate.
Interment will be in Slate Ridge Cemetery, Delta, PA, with the procession being led by fellow Maryland State Police Officers and military honors presented at graveside.
His family would appreciate memorial contributions in lieu of flowers to Maryland State Police Alumni Association, Attn: Jack Howard, 1750 S. Plantation Drive, Dunkirk, MD 20754. 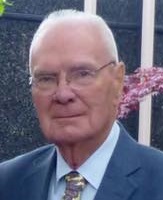