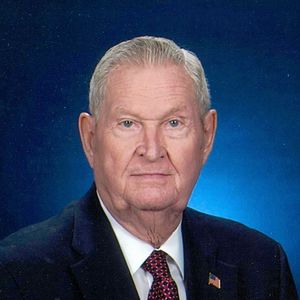 We regret to inform you of the death of Retired Captain Murray J. Zepp on December 8, 2012.  Please keep the Zepp family in your thoughts and prayers.
The following obituary from the R. T. Foard Funeral Home website contains visitation and funeral arrangement information.
Murray J. Zepp, 81, of Rising Sun, MD, passed away December 8, 2012 at Christiana Hospital.   Born in Madonna, MD on February 14, 1931, Murray was the son of the late Ira and Nellie Foard Zepp. He served in the Korean War in the United States Marine Corps and retired from the Maryland State Police with the rank of Captain, serving as Division Commander in Pikesville, MD. Murray was a member of the Maryland Trooper Association, the Rising Sun Lions Club, the Korean War Veterans Association, the FBI National Academy Associates, American Legion Mason Dixon Post 194 in Rising Sun, and Janes United Methodist Church.
He is survived by his wife of 54 years, Charlotte N. Zepp; a sister, Patricia Mikkonen and her husband Arvo of Bel Air, MD; aunts Margaret and Ruth Foard both of Bel Air, MD; a niece Cheryl L. Funk of Freeland, MD; a nephew Erik Mikkonen and his wife Tammy of Fallston, MD; and a grand nephew Jesse N. Funk of Falls Church, VA.
A service honoring his life will be held at Janes United Methodist Church, 213 N. Walnut St., Rising Sun, MD on Friday December 14, 2012 at 11:00 a.m. Friends and family may call at R.T. Foard Funeral Home, P.A., 111 S. Queen St., Rising Sun, MD 21911 on Thursday December 13, 2012 from 7pm – 9 pm and one hour prior to the service. Burial will be in Bel Air Memorial Gardens. Memorial contributions may be made to Janes United Methodist Church Building Fund c/o the funeral home.