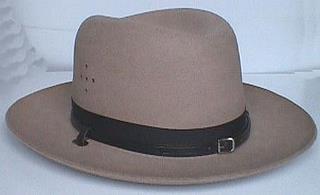 We regret to inform you of the death of Retired 2/Lt. William F. Davis, Jr. on January 4, 2014.   Our thoughts and prayers are with his family and friends at this difficult time.  The following obituary information has been reprinted from the Frederick News.
Mr. William F. Davis, Jr., 83 of Thurmont, Maryland, passed away Saturday, January 4, 2014 at Life Care Hospital, Mechanicsburg, PA. He was the husband of the late Bettie King Davis.
Born August 19, 1930 in Jersey City, NJ, he was the son of the late William F.,Sr. and Grace Davis.
Mr. Davis retired, as a State Trooper, 2nd Lt.,from the Maryland State Police after 25+years of service. After retirement he worked as a bank courier in Thurmont. He was a member of the AMVETS Post #7 and American Legion Post #168. Bill loved spending time with his family and vacationing at the beach.
He is survived by his daughter Teresa “Terri” Brandt and husband Steve, Gettysburg and two grandchildren Cory Davis Brandt of Thurmont and Lindsay Nichole Brandt of Pittsburgh. He was preceded in death by a sister Dorothy Dugan and a brother Jack Davis.
The family will receive friends at the Stauffer Funeral Home, 104 E. Main Street, Thurmont on Thursday, January 9, from 2-4- and 7-9 pm, where services will be held Friday, January 10, at 11:00 am
Interment Mt. Olivet Cemetery
Online condolences to www.staufferfuneralhome.com