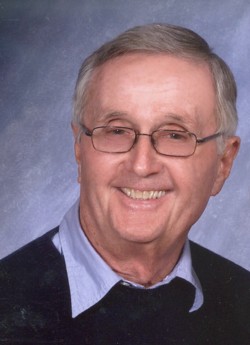 We regret to inform you of the death of Retired 2/Lt. Larry L. Morris on May 11, 2017.  Our thoughts and prayers are with his family and friends at this difficult time.  The following obituary information has been reprinted from the Thomas Funeral Home website.

Larry L. Morris, 82, of Cambridge passed away on Thursday, May 11, 2017 at Coastal Hospice at the Lake in Salisbury. He was born in Bishops Head on July 10, 1934 and was the son of the late Bradye W. and Hazel Moore Morris.
Mr. Morris graduated from Crapo High School. He spent the majority of his life serving others. After high school he worked as an LPN at the Eastern Shore State Hospital. Then, he went into the Maryland State Police Academy, while in the police academy he was drafted into the U.S. Army. After he served our country, he returns to the police academy to complete his training to become a Maryland State Police Trooper. He retired on July 1, 1979 at the rank of 2nd Lt. and the Barrack Commander in Berlin, MD. Mr. Morris continued in the law enforcement with the Dorchester County Sheriff’s Department and retired in 2003 working as a bailiff at the Dorchester County Circuit Court. He also worked at the Bay Country Nautilus as a fitness instructor. He enjoyed exercising, spending time on the the water and cooking.  Mr. Morris was a member of St. Paul’s United Methodist Church, lifetime member of Rescue Fire Company, American Legion Post 91, Maryland State Police Alumni, past member of the Cambridge Elks and Choptank Post Memorial Post 7460 VFW.
He is survived by his beloved wife Janet Morris of Cambridge, a son Mark Morris and wife Kathy of Cambridge, granddaughter Beth Lednum and husband Lee of Cambridge, three great grandchildren Lexie, Laney and Lizzie, step daughter Kelly Coulbourne of Hebron, stepson Patrick Waller and wife Michelle of East New Market, a step daughter Karan Speicher and husband Jeff of Easton, ten step grandchildren, two great grandchildren, as well as numerous cousins..
Pallbearers will be Lee Lednum, Patrick Waller, Zach Waller, Troy Morris, Steve Aaron, and Barry Smith. Honorary pallbearers will be Mace Tall, Paul Tyler, Jason Neal, and Ryan Windsor.
A funeral service will be held on Tuesday, May 16, 2017 at 12 pm at Thomas Funeral Home, P.A. in Cambridge with Pastor Bonnie Shively officiating. Interment will follow at the Maryland Eastern Shore Veterans Cemetery. Family will receive friends from 10 am to 12 pm. In lieu flowers, memorial contributions can be made to St. Paul’s United Methodist Church, 205 Maryland Ave., Cambridge, MD 21613.