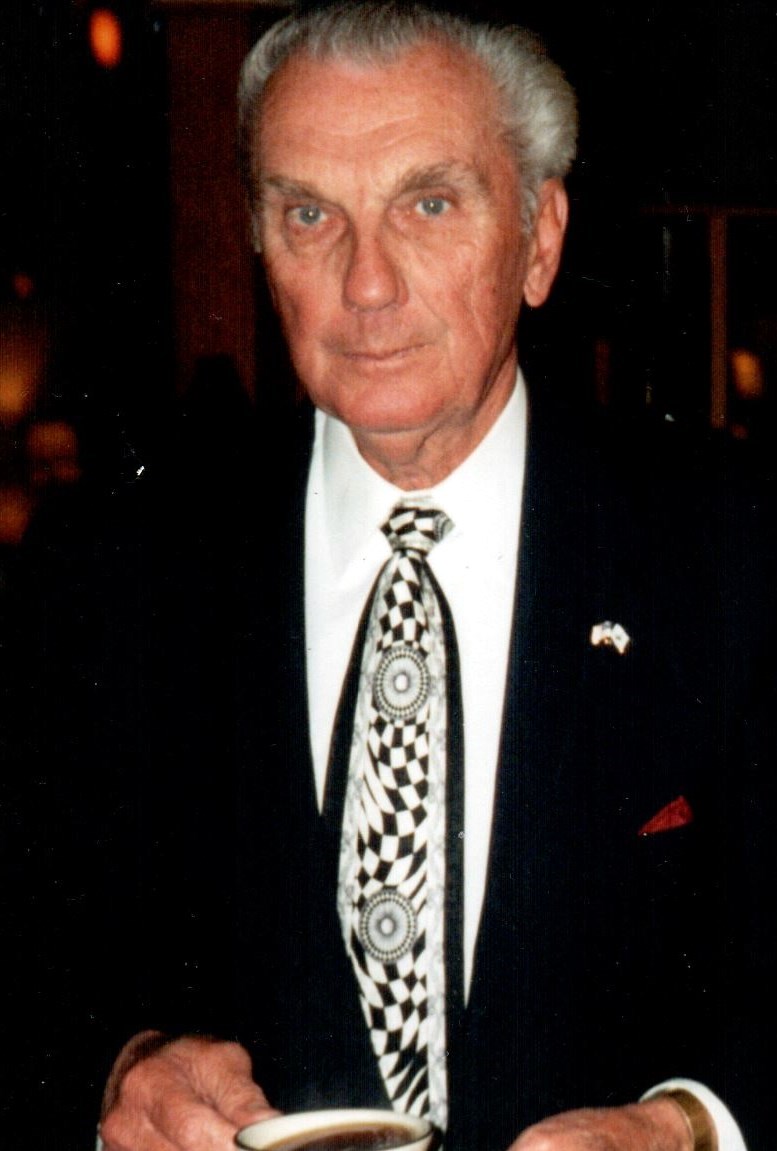 We regret to inform you of the death of Retired 1/Lt. Louis “Roy” Norbeck, Jr. on July 28, 2017.  Our thoughts and prayers are with his family and friends at this difficult time. The following obituary information has been reprinted from the Gary L. Kaufman Funeral Home website:

Dad was born in Baltimore on July 16, 1927 to Samuel Van Meter Norbeck and Evelyn Norbeck. He was the oldest of five children, Wade, Gerri, Barbara and Edith. At age 10, Dad’s mother died and the family was scattered among family and foster homes. Dad’s fate found him in several foster homes and a short stay in an orphanage. By age 15 his father had remarried and Dad now had a step-sister, Patsy. Dad’s step-grandfather, Pop Ramsey, was the moving force to reunite Dad with his family. Dad moved to Jessup at in 1942 and was reunited with his sister, Gerri. It was in Jessup that he met Betty Lou Smith, the love of his life. Dad quit school during World War II to enlist in the Navy and served on the USS Hornet. After WW II, Dad returned home to Jessup and worked for Armour and Starr first in the slaughter house, then as a butcher and finally as a salesman. He married Mom in 1947 and built a house for his family on Maple Avenue in Jessup and later built our home on Montevideo Road. In 1957, Armour and Starr closed their facility in Baltimore and offered Dad lucrative positions in either Chicago or Atlanta. He declined both and elected to stay in Jessup with family and significant extended family.

In the summer of 1957, Dad started training with the Maryland State Police where he would serve 23 years and rise to the rank of lieutenant. As a state trooper, Dad helped to pioneer radar and the breathalyzer as tools to enforce traffic laws. He also served as an escort for Nikita Kruschev and later the Freedom Riders.

Dad’s greatest passion was baseball. He loved to play. As a kid in Baltimore he would walk miles to see the Orioles at Municipal Field or the Elite Giants in Westport. One of his treasures was a home run baseball hit by Luke Easter. Dad was a power hitting utility fielder who lived to turn a double-play at second base. He played with his friends for the Jessup Shamrocks in the 1940’s and 50’s and later for the Maryland State Police.

Dad was very active in community affairs and served as president of the Jessup Improvement Association during the 1960’s. He was also the first president of the Jessup Youth Organization that brought Little League Baseball to Jessup in 1964. He continued to serve both organizations later in life. As president of JIA, he was most proud of helping to bring public water to his neighbors who had to haul water from other neighbors or the Brockbridge Road spring. Dad worked a variety of second jobs to better provide for his family and extended family and friends. It must also be mentioned that Dad was a member of the Masons and served in a variety of roles for many years.

Dad loved this country and made sure that we visited and appreciated the heritage of Washington, D.C., Gettysberg, Antietam, Fort McHenry, Sparrows Point and Annapolis. He even carried his young family to a viewing of the Mona Lisa which lasted all of 20 seconds after a two hour wait. Dad fulfilled the dreams of my youngest brother John and cousins Gary and Wayne when he and Mom took them on a cross country journey that culminated at Disneyland.

There is much to be said about a man who gave so unselfishly and generously to others. These are but a few memories which serve as a foundation for how he should be remembered.

Family and friends are invited to gather at the Gary L. Kaufman Funeral Home at Meadowridge Memorial Park, Inc., 7250 Washington Boulevard, Elkridge, MD 21075 (exit 6 off Rt. 100) on Tuesday, August 1st, 2017 from 2 to 4 pm and 6 to 8 pm where a Celebration of Life Service will be held on Wednesday, August 2nd, 2017 at 12:30 pm. Interment Meadowridge Memorial Park, Elkridge, MD. In lieu of flowers, memorial contributions may be made to the ASPCA www.aspca.org/donate