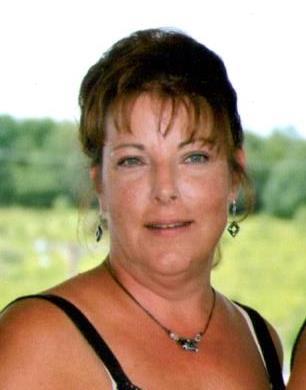 We regret to inform you of the death of PCST II Patricia A. Skinner, Sister of Retired Captain Richard E. Norman, on February 27, 2017.  Our thoughts and prayers are with Patti’s family and many friends at this very difficult time.  Patti’s family provided the following obituary information.
Patricia Ann Norman Skinner Obituary
Patricia “Patti” Skinner, age 58, of Jarrettsville, MD passed away on February 27, 2017.
Patti was the daughter of the late Joseph Jennings Norman and Joan Barbara (Jardinski)
Norman. Patti was employed by the Maryland State Police (MSP) for 38 years. She
began her career as a Police Communications Operator (PCO) supporting several
different installations, the last being the Bel Air Barrack. She transitioned to MSP
Headquarters where she held various positions, the most recent being a National Crime
Information Center (NCIC) Auditor.
Patti was a member of St. Mary’s Catholic Church in Pylesville, the Maryland Troopers
Association and the Bowleys Point Yacht Club. Patti was a regular volunteer supporting
the Maryland State Police Polar Bear Plunge raising funds for Special Olympics
Maryland.
Patti was a wonderful wife and mother and loved being a grandmother. She was part of a
close-knit family and was an amazing sister. Patti loved spending time with her husband
on their boat as they cruised the Chesapeake Bay. She loved to travel and had an affinity
for turtles and collecting seashells. She loved to listen to books and worked jigsaw and
Sudoku puzzles. She loved spending time with her family.
All those who knew Patti admired her for her sense of humor, strength of character,
outstanding work ethic, love of family, and speaking her mind. She will be deeply missed
by her family, friends, and work colleagues.
Patti is survived by her husband of 34 years, Jeffrey G. Skinner; daughters, Danielle
Skinner McDonald and her husband Patrick of Nottingham and Casey Lynn Skinner and
her fiancé Michael of White Hall; grandchildren, Stella Lynn Skinner of White Hall and
Samuel Jennings McDonald of Nottingham; siblings, Mickey Joseph Norman and his
wife Tricia, Donna Marie Meyers, Richard Edward Norman and his wife Barbara, Mary
Theresa Martinelli and her husband Leo, James Matthew Norman and his girlfriend
Charlotte, Jerome Patrick Norman and girlfriend Barbara, and Catherine Ann Norman
and many nieces, nephews, great-nieces, and great-nephews.
Visitations will be held at McComas Funeral Home, 1317 Cokesbury Rd., Abingdon, MD 21009 on Wednesday, March 1, 2017 and Thursday, March 2, 2017 from 2:00 – 4:00 and 7:00 – 9:00 PM.
A Memorial Mass will be held on Monday, March 6, 2017, at 10:00 am at the St. Mary of
the Assumption Catholic Church in Pylesville with Rev. A. Henry Kunkel officiating.
Interment will take place in the Highview Memorial Gardens in Fallston.
In lieu of flowers, memorial contributions may be made to MATTS (Mid-Atlantic Turtle
& Tortoise Society), P.O. Box 2232, Baltimore, MD 21203.
Condolences may be left on the guestbook at mccomasfuneralhome.com.
Condolences