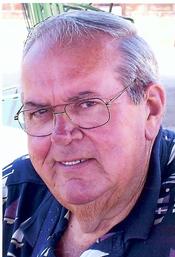 We regret to inform you of the death of Norman Allen Tyler, brother of Retired Lt. Charles D. Tyler on June 12, 2013 at his winter home in Arcadia, Florida.  Our thoughts and prayers are with the Tyler family at this difficult time.  The following obituary information has been reprinted from the Bradshaw & Sons Funeral Home website.

Born in Crisfield on July 2, 1941, he was the son of the late Norman Tawes Tyler and Lillian Middleton Tyler. He was raised on Ewell, Smith Island.

After he moved to Crisfield in 1959, he worked at the former Holsum and Star Baking Companies, Carvel Hall Cutlery, and was a police officer for the Crisfield Police Department. He was owner of the family seafood business, JCW Tawes & Son Seafood, and later built and owned Side Street Seafood Restaurant from which he retired.

Allen was a charter member of the Ewell Volunteer Fire Department, and was a 47 year life-member of the Crisfield Fire Department where he served as past assistant chief. Other memberships include Assateague Mobile Sportfishermen’s Association, Crisfield Elks Lodge #1044, and the Crisfield Chamber of Commerce. He enjoyed fishing and boating and he cherished memories made through the years during his time at Side Street.

Funeral services will be held Tuesday, June 18, 2013 at 2 PM at Bradshaw & Sons Funeral Home where friends may call from 12-2 PM. Pastor’s Harvey and Alana Tyler will officiate the service. Interment will follow in Sunnyridge Memorial Park. In lieu of flowers, memorial contributions may be made to Crisfield Fire Department, P.O. Box 591 or Lower Somerset County Ambulance and Rescue Squad, P.O. Box 406; both Crisfield, MD 21817.

To send condolences to the family, please visit www.bradshawandsonsfuneralhome.com