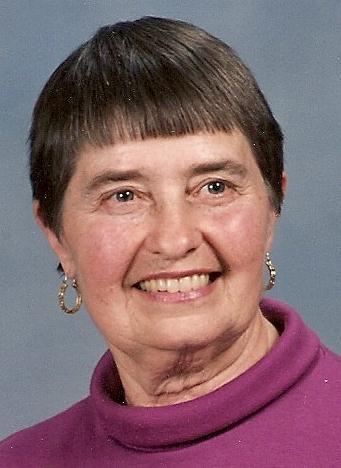 We regret to inform you of the death of Nancy Eckhardt. Rev. Dr. Fred Eckhardt, a long time member and chaplin of MTA Lodge 20.  Our thoughts and prayers are with Reverend Eckhardt and his family at this difficult time.  Private graveside services were held on March 9th in Union Bridge. A memorial service will be held later in the spring.
Nancy Paige Grimes Eckhardt age 86 of New Windsor, was called to rest on Thursday, March 5, 2015, after a heroic battle with health complications. She will be greatly missed. She was born on February 12, 1929, President Lincoln’s birthday, in Reisterstown, Maryland. She was the daughter of the late Harmon and Lydia Akehurst Grimes. Her beloved twin sister, Shirley, was born first. After her, a surprise – a second little girl! Lydia didn’t have another name chosen, so someone suggested Nancy Hanks, Abe Lincoln’s mother, which was well received and became this little twin’s name. She always spoke with delight about her growing up years in Reisterstown, of walking to school with her sister, of friendships, of a little town, at the time, that was full of interesting characters and a constant supply of adventures. After graduating from Franklin High School in 1946 she went on to Bard Avon Business School in Baltimore, and then to work at Suburban Gas Propane Company in Woodensburg, Maryland. In 1951 she married a Glyndon boy, Fred P. Eckhardt, of Central Avenue, and after he was ordained into the Lutheran ministry, new adventures began for both of them. Her long, interesting life included working alongside her husband in churches in Appalachia, in New York City, and in Westminster, Maryland. She deeply appreciated and embraced all the many people she met, and they in turn loved her. Her life in New York was particularly life-changing with the birth and upbringing of five children in Greenwich Village; she grew to truly appreciate living in such a diverse, vibrant city. She remembered it fondly until her last days, just as she also remembered her years in Reisterstown and Westminster.
She was predeceased by her parents, as well as her brother Melvin Grimes, her sister Doris Grimes, and her beloved identical twin sister, Shirley Weber. “Nance” is survived by her family, which was her pride and joy; her husband of 64 years, The Rev. Dr. Fred P. Eckhardt, of New Windsor; her children, Tim, Jim, Fredi, Cami and Heidi; her son-in-law, Chris Cull; her five grandchildren, Ben, Fenwick, Timmy, Bobby, and Christopher. Each of us is well aware that she was our best friend and greatest confidante, as well as our wife, mother, and grandmother. She will continue to be our biggest fan. She is also survived by her in-laws, Jeannie McWilliams, Jim and Pat Eckhardt, as well as her nieces, nephews, and cousins. A private, graveside service was held on Monday, March 9th, at Pipe Creek Cemetery, Union Bridge, Maryland. A memorial celebration will be held at a later date in the Spring. Online condolences may be sent to www.eckhardtfuneralchapel.com.