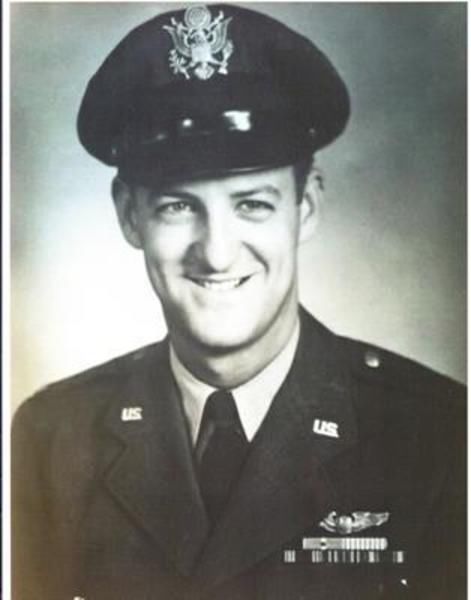 We regret to inform you of the death of MSP Hagerstown Barrack VIP Retired US Army Col. Franklin E. Fields on July 27, 2016.  Our thoughts and prayers are with the Fields family at this difficult time.  The following obituary information has been reprinted from the Herald Mail.

HAGERSTOWN, Md. — Franklin Earle “Bud” Fields, 97, of Hagerstown, Md., passed away on July 27, 2016, at the Greenfield Assisted Living Center in Hagerstown.
Born on Monday, March 10, 1919, in Cumberland, Md., he was the only child of John Franklin Earl Fields and Fannie Virginia Ried Fields, both of Hancock, Md. His grandparents were John William Ried and Mary McKinley Ried, and Jacob Frank Fields and Margaret Ella Brooke Fields, all of Hancock.
Bud’s father died just months before his birth, a victim of the great flu epidemic of 1918-19. In the 1920s and early 1930s, he was raised in Hancock by his mother and beloved grandfather, John “Grandad” Ried, owner of Hancock’s Ried Hotel. The family later moved to Clarksburg, W.Va., where Bud graduated from Washington Irving High School, Class of 1939.
A patriot to the core, he was extremely proud of his 32 years of service to his country as an officer in the active duty U.S. Air Force, and the Air National Guard. In 1943, he entered the Army Air Corps’ Aviation Cadet Training Program; attended Dickinson College in Carlisle, Pa.; and then served as a pilot in the Army Air Corps during World War II.
During the Korean War, he served with the 4th Fighter Interceptor Wing at Kimpo Air Base, South Korea. Over the years, he was assigned to Air National Guard units in Massachusetts, Texas and Iowa, and spent many years with the 167th Wing at Martinsburg, W.Va., where, in 1979, he retired with the rank of full colonel.
A longtime resident of Hagerstown, he worked for Victor Products, and was later a food-service refrigeration sales executive and national accounts manager for the Vollrath Co. and Tyler-Kalt, Inc.
He was a member of the Kiwanis Club of Hagerstown, serving as its president in 1964. He was also a member of the Fountainhead Country Club in Hagerstown for almost 60 years.
He was a member of the St. Thomas Parish in Hancock in the 1920s and ’30s, and has been a member of St. John’s Episcopal Church in Hagerstown since 1958.
He was Scoutmaster of Boy Scout Troop 10, Mason-Dixon Council, BSA, for more than 10 years. Under his steady leadership and skillful mentoring, many young men earned the rank of Eagle Scout. For much of the last 25 years, he was a dedicated volunteer at the Maryland State Police Barrack O in Washington County, Md.
He is survived by two sons, Frank E. Fields Jr. and wife, Jamie, of Montgomery, Ala., and Christopher M. Fields and wife, Jodi, of Marco Island, Fla.; two daughters, Martha Drew Minton and husband, Jerry, of Fort Worth, Texas, and Marjorie Fields Ewertz and husband, Erik, of Reisterstown, Md.; grandchildren, Matthew, Trevor, Jon, Amy and Gracie; and one great-granddaughter, Elsa.
He was preceded in death by his first wife, Mildred; second wife, Faye; granddaughter, Ella; and grandson, Nolan.
Memorial services will be held on Saturday, Aug. 13, 2016, at 2 p.m. at the St. Thomas Episcopal Church, 2 East High St., Hancock, Md., with the Rev. Alan Weatherholt officiating. The committal (burial) will be immediately afterward in the St. Thomas cemetery.
Online condolences will be accepted at www.grovefh.com.