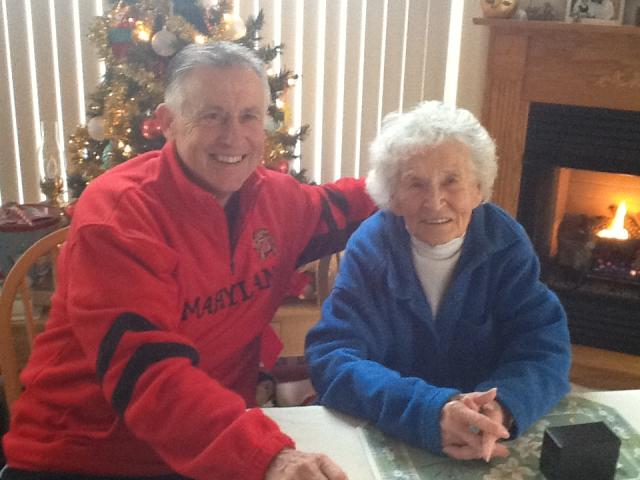 We regret to inform you of the death of Mrs. Lois Blake, mother of past Chief of Staff, Howard “Spud” Blake on May 14, 2013.  Our thoughts and prayers are with Spud and his family at this difficult time.  The following arrangements and obituary have been reprinted from the Lee Funeral Home website.
Viewing
Thursday, May 16th 2013  from 2-4 and 6-8 P.M. at the Lee Funeral Home, 8300 Jennifer Lane, Owings, Md.20736
Funeral Service
Friday May 17th 2013 at 11:00 A.M. at the Lee Funeral Home, 8300 Jennifer Lane, Owings, Md. 20736
Repast
Immediately following Service
Huntingtown United Methodist Church
4020 Hunting Creek Rd.
Huntingtown, Md. 20639
Burial at Arlington National Cemetery at a later date.
Lois Anna Blake was born on February 6, 1926 in the farming community of Bells Corners, Ontario, Canada just outside of Ottawa.  She was raised on a dairy farm and at the age of eighteen she moved to WashingtonDC where she was employed by the Canadian Embassy and supervised Embassy Records Section.  While employed at the embassy she established, owned and operated a Day Care Center in WashingtonDC until she married her late husband Howard S. Blake Sr. in 1947.  Howard served in the U.S.Air Force at Bolling AFB Washington DC.  They had two children, a son Howard S.”Spud” Blake Jr. and a daughter, Barbara Ann Blake.