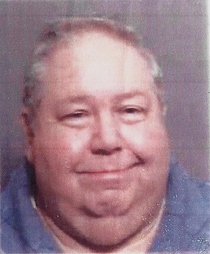 We regret to inform you of the death of Mr. Shannon Brown, retired Auto Maintenance Mechanic at the North East Barrack Garage.  Arrangements have been made with the Patterson Funeral Home located at 1493 Clayton St, Perryville, MD 21903.  A viewing will be held at the funeral home on Friday, February 12, 2016 from 6 – 9 PM and again on Saturday, February 13, 2016 from 10 – 11 AM.  Funeral services will be held at 11:00 AM on Saturday morning immediately following the viewing.  Our thoughts and prayers are with Shannon’s family and friends at this difficult time.

Shannon Wesley Brown of Port Deposit, MD, died Tuesday, February 9, 2016 in Harford Memorial Hospital of Havre de Grace, MD. Born April 13, 1948 in Mayking, KY, he was the son of the late James and Hazel Holbrook Brown.
Mr. Brown was a retired mechanic for the Maryland State Police of North East, MD. He was a veteran of the U.S. Army with wartime service in Vietnam, a member of the American Legion, VFW, World Tavern Poker League, and various bridge clubs. He was a parishioner of Good Shepherd Parish of Perryville, MD.
Mr. Brown is survived by his loving wife of 30 years, Denice Petro Brown of Port Deposit, MD, and son, Corey S. Brown of Street, MD, as well as many nieces and nephews.
In addition to his parents, Mr. Brown was preceded in death by his half-brother, William Lyberger and sister, Frances Finley.
Memorial contributions may be made to the American Heart Association or the American Cancer Society in care of Lee A. Patterson & Son Funeral Home, P.A., P.O. Box 766, Perryville, MD 21903-0766.
Funeral services are scheduled for Saturday, February 13, 2016, 10 AM, at the Lee A. Patterson & Son Funeral Home, P.A., Perryville, MD. Visitatons for family and friends will be held Friday, February 12, 2016, 6 PM until 9 PM, and Saturday, February 13, 2016, 9 AM until 10 AM, at the funeral home. Interment will be in Harford Memorial Gardens, Aberdeen, MD.