The Maryland Troopers Association regrets to inform you of the death of Mr. Harvey Groner, Jr. on November 21, 2011.  Mr. Groner was the father of Trooper First Class Mark P. Groner who was killed in the line of duty on October 1, 1992.  Our thoughts and prayers are with the Groner family at this difficult time. 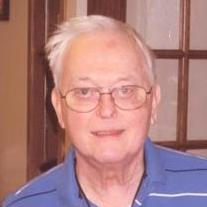 Harvey was born in Easton, Pennsylvania to Mary & Harvey Groner, Sr. He served his country proudly in the U.S. Marine Corps, U.S. Army, and later on in the Coast Guard Auxiliary. Harvey owned his own heating and refrigeration company, Harvey Services, Inc. He belonged to C.O.P.S. (Concerns of Police Survivors), Past Master of the Liberty Masonic Lodge 219, and the Boumi Temple Shriners. In lieu of flowers, donations may be made in his name to Maryland C.O.P.S. : COPS Treasurer, P.O. Box 392, Princess Anne, MD 21853.