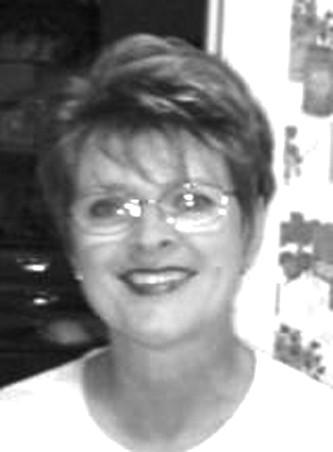 We regret to inform you of the death of Judith Ann Barnes, wife of Retired Major Michael C. Barnes, on July 31, 2013.  Our thoughts and prayers are with Mike and the entire Barnes family during this difficult time.  The following obituary information has been reprinted from the Herald-Mail.
Judith Ann “Judy” Barnes, 65, of Hagerstown, Md., went to be with the Lord on Wednesday, July 31, 2013, after a three-year battle with breast cancer.
She was the wife of retired Maryland State Police Maj. Michael C. Barnes, to whom she was married for 45 years.
She was born in Martinsburg, W.Va., on Dec. 26, 1947. Judy was the daughter of the late Billie and Willie Dunn.
She graduated from Smithsburg High School and Award Beauty School. She spent 46 years in the business, at Oak Ridge Hair Stylists, Hair Innovations, and retired this year from Hair Changes in Maugansville, Md.
She is survived by her beloved son, Christopher, of Waynesboro, Pa.; and three grandchildren, Hannah, Abby and Luke Barnes of Hagerstown. She is also survived by her sisters, Dee Harne and husband, Howard, of Smithsburg, Md., and Sue Suder and husband, Rick, of Smithsburg; and a brother, Ted Dunn and wife, Becky, of Annapolis, Md. Also surviving are two nieces, four nephews, and six great-nieces and great-nephews.
She was very involved in her church, St. Anne’s Episcopal Church in Smithsburg, serving as senior warden, and on the ladies guild and altar guild. She was president of Jefferson Heights Bowling League for many years, where she continued to bowl right up through the end of this past season. In her free time, she enjoyed gardening and attending her grandchildren’s sporting events. She became an avid sports fan of the Alabama Crimson Tide, and would proudly hang her Alabama flag on game day.
The family will receive friends from 2 to 4 p.m. and 6 to 8 p.m. Tuesday, Aug. 6, 2013, at Douglas A. Fiery Funeral Home, 1331 Eastern Blvd. North, Hagerstown.
A Celebration of Life service will be officiated by the Rev. Peter Fulghum on Wednesday, Aug. 7, 2013, at 11 a.m. at the funeral home.
In lieu of flowers, memorial donations may be made to St. Anne’s Episcopal Church, 9 Maple Ave., Smithsburg, MD 21783; or to Breast Cancer Awareness of Cumberland Valley, 322 E. Antietam St., Hagerstown, MD 21740.