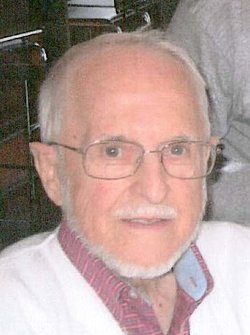 We regret to inform you of the death of John N. Reininger, Sr., Father of Retired TFC John N. Reininger, Jr., on March 23, 2013.  Our thoughts and prayers are with the Reininger family at this difficult time.  The following obituary information has been reprinted from the Carroll County Times.
John Nicholas Reininger Sr., 90, of Westminster, died Saturday, March 23, 2013, at Carroll Lutheran Village Health Care Center in Westminster.

He served with the Merchant Marines during World War II from January 1943 through August 1945. He was employed by Exxon Corporation for 34 years as office manager. He also worked as a bookkeeper at Grace Lutheran Church in Westminster, and at a large condo in Seminole, Fla.

For five years he and his wife Kate served as full-time volunteers at a large food bank in Coal Mountain, W.Va. (Appalachia). He was a member of St. Benjamin’s Lutheran Church in Westminster and enjoyed reading, traveling and watching history events on television. He was a Ravens fan and also enjoyed getting together with his family.

He was predeceased by three sisters and three brothers.

The family will receive friends on Saturday, March 30, 2013 from noon until the time of a memorial service at 1:00 p.m. at Carroll Lutheran Village, Krug Chapel, 300 St. Luke Circle, Westminster, with the Rev. David Schafer and Chaplain Jimmie Schwartz officiating. Interment will be private.

Arrangements are by Eline Funeral Home in Hampstead.

Online condolences may be offered at www.elinefh.com