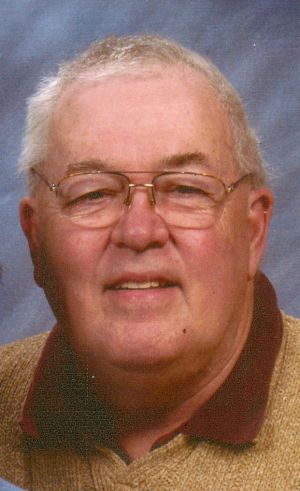 We regret to inform you of the death of John “Jack” Cropper, Sr., husband of Retired Communications Supervisor Sharon L. Cropper on May 10, 2014 following a long battle with Progressive Supranuclear Palsy.  Our thoughts and prayers are with Sharon, her family and friends at this difficult time.  We apologize for the late notice as we have just learned of his passing.  The following obituary information has been reprinted from the newspaper.
Obituary:
During the early morning hours of May 10, 2014, John “Jack” Matthew Cropper Sr., had a tee time on God’s golf course in Heaven and after a long battle with Progressive Supranuclear Palsy, Jack passed away.
Jack was born in Laurel, Delaware, in 1935 to the late John B. and Rebecca Foskey Cropper. Jack attended Laurel Delaware schools, graduating in 1955 from Laurel Senior High School. Jack was active in high school playing baseball, football and playing the French horn in the band. After graduation he served his country in the National Guard and eventually the Coast Guard for approximately 15 years. Jack received additional training in electronics and worked all over the world at Loran C (radar) stations, playing golf in many of those locations.
After being honorably discharged, Jack pursued additional education in electronics working at John Hopkins Applied Physics Lab, the Bay Model and Waverly Press.
In 1978 he decided to coach a women’s softball team, where he met the love of his life, Sharon Clevenger and they enjoyed a little over 32 years together, marrying her in 1982. At age 47, he attended the WorWic Tech Police Academy in Salisbury after being hired to be a police officer in Ridgely, Maryland. This fulfilled a lifetime dream of being a law enforcement officer and was then promoted to Chief. Jack made many friends during this time and had such an impact of the troubled youth of the area that many are successful today and credit Jack’s belief in them for their success.
Jack was at one time a member of The Kent Island and Easton Volunteer Fire Department, Moose Lodge, Lions Club, American Legion, MISGA, and the Maryland Chief of Police Association.
He is survived by his wife Sharon and the mother of his children Judy Wheatley Cropper, son John Jr., and Cindy of Augusta, Georgia and a daughter, Lois Jeanette and Gary Warner of Laurel, Maryland. He was blessed with four granddaughters, Michelle, Rachael, Brittanie, and Jaclynn; three great grandsons, Tommy, Matthew and Mason; and most recently a great granddaughter Sydney Augusta Smart. Also, Jack’s sister Flaudine Otwell of Laurel, Delaware and numerous nieces and nephews. He is predeceased by his parents and brother Bill Burton Cropper.
Service will be held at 2:00 pm Wednesday May 14, 2014 at Immanuel United Methodist Church in Grasonville, MD where a visitation will be from 1-2. Burial will follow the service at Woodlawn Memorial Park.
In lieu of flowers, you may donate in his memory to Talbot Hospice Foundation, 586 Cynwood Drive, Easton, MD 21601 or the Laurel Alumni Association, Inc. P.O. Box 382 Laurel, DE 19956. Arrangement by Fellows, Helfenbein and Newnam Funeral Home P.A. Chester, MD. Online condolences can be made at www.fhnfuneralhome.com.