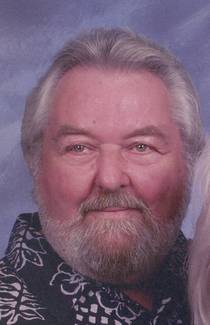 We regret to inform you of the death of James H. Long, Jr., father of Retired Sgt. J. W. Long, on May 21, 2014.  Our thoughts and prayers are with the Long family.  The following obituary information has been reprinted from the Fletcher Funeral Home website.
James Henry Long, Jr., 82, of Westminster, died Wednesday, May 21, 2014, at the Patapsco Valley Center Nursing Home in Randallstown.  Born December 9, 1931 in Hanover, PA, he was the son of the late Mary Eva Hook Stater and James H. Long.  He was the husband of Anna J. Long, his wife of 43 years.
He served in the Army during the Korean Conflict.
Before retiring he was employed with Spring Grove State Hospital as a recreational therapist.
He was a man that could do anything.  He was a mechanic, body and fender man, carpenter, plumber, engineer, photographer, seamstress, artist, painter, potter, upholstery, roofing and siding.  He enjoyed his children and grandchildren, leather tooling and crafts, attending auctions, restoring antique cars and singing.
In addition to his wife, he is survived by sons and daughters-in-law Stephen Lee and Mary Claire Long of Ashburn, Va., James Wayne and Denise Marie Long of Millers, Md., a daughter and son-in-law Vandi Lea and David Stewart of Eldersburg; a step-son Craig Anthony Freley and wife Joyce of Keyser, W. Va.; grandchildren Chelsea Morgan Stewart, Taylor Allison Stewart, James Wyatt Long ?USMC?, Jacob Dayel Long and Melissa Ann Corwell, a great-grandson Aaron Corwell.  He is also survived by ex-wife Frances Leegins of Reisterstown.
The family will receive friends on Sunday from 2 to 4 p.m.  A funeral service will be held Sunday at 4 p.m. at the Fletcher Funeral & Cremation Services, 254 E. Main St., Westminster.  Interment will be private.